Merger between Praxair and Linde
A discussion about helium supply would not be complete without mentioning the pending merger of equals between Praxair and Linde, which is scheduled to close in October. Along with Air Liquide and Air Products and Chemicals, Praxair and Linde are two of the world’s four largest helium marketers. Not surprisingly, both the U.S. FTC and European regulatory authorities are requiring major divestitures of helium assets. 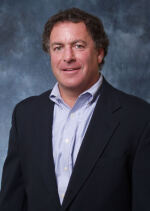 Phil Kornbluth
While nothing is final at this time, indications are that a partnership between the private equity firm CVC and the German industrial gas company Messer, will acquire the assets divested in the U.S., while the Japanese-based Taiyo Nippon Sanso Corporation (TNSC) will be acquiring the assets divested in Europe. While specifics have yet to be announced, it is possible that helium customers currently supplied in both the U.S. and Europe by Linde or Praxair could be transitioned to one of the purchasers of the divested assets. Also, Messer should become a significant competitor in the U.S. while TNSC should become a significant competitor in Europe.