A look back: The history of ultrasound

A look back: The history of ultrasound 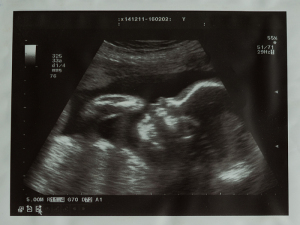 The earliest examples of what might be considered the precursor to photography came about in the early 1700s. However, just over 100 years would pass before a photo of permanence would be taken. The image of a city taken from an upstairs window by Joseph Nicéphore Niépce in 1826, is impressive for its historical importance, but the graininess and resolution make it difficult to determine how much artistic skill was brought to bear.

Photography has obviously evolved at an incredible pace since then. Even the different ways images can be captured has likely expanded far beyond what Niépce or other early pioneers ever imagined. It was one thing to capture the image our eyes could already see and commit it to some kind of permanent state for others to view – after all, paintings and drawings had existed for centuries – but to create images from things the naked eye couldn’t see? That’s something else entirely. It’s also precisely what makes the history of ultrasound so surprising.

The scientific foundation for ultrasound was starting to take shape a quarter century before Niépce snapped the pic of his cityscape. Physiologist Lazzaro Spallanzani’s work studying echolocation by bats served as the launch pad.

From there, others created some of the technology that could recreate ultrasound sound waves. A hydrophone was invented in 1915 that would detect objects beneath the surface of the ocean. The research was largely meant to detect icebergs and was inspired by the sinking of the Titanic. Today, it’s considered the earliest example of a transducer by the World Congress of Ultrasound in Medical Education.

However, much as military technology has been adopted for civilian use – Silly Putty, Duct tape and microwave ovens fit that category – it’s a two-way street. In 1916, a year after its creation, the hydrophone was used to sink a German U-boat.

By the 1920s, sonography was being used in Europe as a form of physical therapy. And by 1942, neurologist Karl Dussik would be bestowed the honor of being the first to use sonography to aid in medical diagnosis, using ultrasound on a human skull to locate brain tumors. Six years later, Dr. George Ludwig would turn the technology to the detection of gallstones.

From that point, the technology was quickly adopted by other specialties to assist in diagnosis. It was employed to detect breast tumors by 1949, OB/GYN by 1958.

Pittsburgh, Pennsylvania was the host of the First International Conference on Diagnostic Ultrasound in 1965 and before the end of that year, ultrasound images of the fetus began to appear. Perhaps the most iconic image was the one published on the cover of Life magazine in 1965. That image and a series of others produced by photojournalist Lennart Nilsson, would be just one of the many controversies surrounding the technology because as it turns out, the images were faked. Nilsson created them using aborted fetuses.
1(current)
2

Imaging reveals how COVID-19 makes the body attack itself