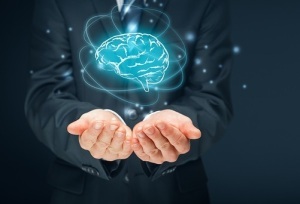 Experts in computer science and electrical and computer engineering at Lehigh University have developed a tool that uses artificial intelligence to improve cervical cancer screening.

The team hopes that the AI solution can both fill a gap in cervical screening capability in underserved countries, while acting as a second pair of eyes for radiologists in developed countries.

It took Huang and her team ten years to develop their AI — sometimes referred to as robotic — cervical cancer technique. They describe their work in a recent issue of Pattern Recognition.

To build the screening tool, the researchers used data from 1,112 patient visits archived by the National Cancer Institute. About a third of the patients had moderate to severe lesions. The tool is built on image-based classifiers constructed from a large number of cervigram images. Cervigram images are taken using noninvasive digital cervicography.

According to Huang, the biggest obstacle in the project was getting gynecologists on board.

"It took us several years working with our collaborators at the Lehigh Valley Hospital to develop an AI capability that would be welcomed by clinicians," she said. "This AI capability focuses on a diagnosis decision that is critical but difficult for human experts ... differentiating low-grade lesions from high-grade lesions and cancer."

Huang stressed that AI is not an attempt to replace physicians but to save them time, reduce costs and get better outcomes for patients. She said AI applications mean it is not necessary for doctors to perform routine, tedious and error-prone tasks such as sorting through thousands of cervical images to find the patients who have a medical problem.

"Viewing humans and computers as one integrated system can increase efficiency, minimize errors and optimize performance," she said.

She added that the research in the Data Emulation Lab at Lehigh is part of her personal commitment to developing AI applications to empower women and children worldwide.