Infection control corner: Reducing HACs is a win-win for patient care and profits 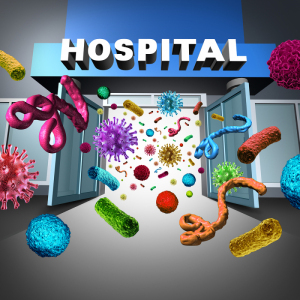 From the March 2017 issue of HealthCare Business News magazine

Let’s face facts. Hospitals need to make money, or at least be financially successful, in order to provide safe and effective patient care. This hinges on making sure medical facilities are properly managed, and that those receiving treatment are paying for the services they receive through insurance or government programs. Society needs successful, healthy hospitals.

Unfortunately, some hospitals fail to meet their financial goals, and as a result, declare bankruptcy or decide to close the doors before the economic hole gets deeper. Whether it’s weekly or monthly, management and finance problems cause some facilities to crumble, and only those that embrace change survive. The overriding principles of the Affordable Care Act (ACA) will remain constant with the heavy hand of the Centers for Medicare & Medicaid Services (CMS) pushing facilities to change and improve. The patients who could not receive coverage prior to the ACA will be protected through a re-engineered system. Hospitals will be expected to operate more as businesses with a heavy emphasis on quality and patient satisfaction.

Prior to Section 3008 of the ACA that established the Hospital-Acquired Condition (HAC) Reduction Program, which provides an incentive for hospitals to reduce HACs, earlier non-payment penalties had little to no improvement effect. Nationally, HACs declined by 21 percent between 2010 and 2015, according to the federal Agency for Healthcare Research and Quality (AHRQ).

Still, hospital harm remains a threat. According to a Harvard study published in the New England Journal of Medicine, which reviewed statistics where hospitals were not reimbursed for many infections, the total withheld was not significant enough to drive change. Once spread across all hospitals, the CMS penalty amount was minimal and had very little impact on driving improvement. As the ACA was developed, one of the biggest questions was, “how do we improve quality and really get hospital teams focused?” The result was a progressive penalty that forced more attention by reimbursement withholding and saved the government a significant amount of money. If a facility is penalized due to patients frequently suffering from potentially avoidable complications, such as infections, and after one year it still does not improve, the penalty grows significantly.

Accordingly, each year CMS reviews the performance of hospitals based on three HACs: Central-line associated bloodstream infections (CLABSIs), catheter-associated urinary tract infections (CAUTIs) as well as serious complications encompassing eight types of injuries. Facilities ranking in the bottom 25 percent receive a 1 percent reduction in CMS payments due to low scores. Combined with the progressive scale of penalties, including readmission and satisfaction score penalties, CMS has put an interrogation lamp on administrations with poor scores.
1(current)
2