This month in medical history: Executive orders from the past 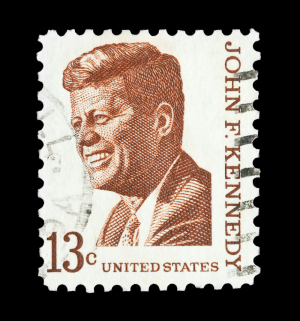 From the March 2017 issue of HealthCare Business News magazine

Executive orders have been in the news lately. President Donald Trump has been on a signing spree and depending on your ideology, that’s a good or bad thing. But executive orders have a long history and some have even survived the election of an opposing political party. This month, we look at one executive order that tied into medical history.

On March 1, 1961, President John F. Kennedy was less than two months into his presidency. It was on that day that he would sign his 11th executive order. The majority of his previous orders were dealing with issues around airlines and employees, with a few orders to provide food to the needy. But the 11th order was something different, something larger and something that might even have gotten some notice from the overworked press covering today’s politics. The order sought to establish the Peace Corps as a new agency within the Department of State. The same day, President Kennedy asked Congress to approve permanent funding for the new agency. The executive action was announced to the country the following day and was authorized by Congress on Sept. 22, 1961.

President Kennedy had acted on the idea by building off the Point Four Youth Corps that had been proposed by U.S. Rep. Henry Reuss of Wisconsin a few years prior. Kennedy floated the idea to nearly 10,000 students during a speech at the University of Michigan. The idea sparked a flame among the students and the country at large, with the idea of bringing the benefits of democracy and the generosity, kindness and resourcefulness of young Americans to developing nations. Ultimately, thousands of Americans volunteered to serve in the Peace Corps, with about 750 being picked to help in 13 countries that first year. Two years later, that number went up nearly tenfold with 7,000 volunteers, and by 1966, it hit a high of 15,000 before dropping down to about 7,000 serving in more than 70 countries today.

Peace Corps volunteers help to bring opportunities to people in impoverished countries. They help to educate people about the environment, sustainable farming practices, alternative fuel sources and more. But their contributions in fighting certain diseases has probably made some of the most significant impact in the day-to-day lives of people in some of the host countries. In 2003, the Peace Corps partnered with the President's Emergency Plan for AIDS Relief (PEPFAR). Through this initiative, volunteers have worked to educate people about HIV prevention, care and support activities in order to help prevent the spread of the disease and to provide better lives for those who have contracted the virus. In 2015, the latest year in which results are available, more than 1,000 Peace Corps volunteers participated in HIV education efforts, reaching more than 170,000 individuals in more than 60 countries.

In 2011, volunteers were mobilized to battle malaria in Africa. Under President Barack Obama, Stomping Out Malaria in Africa was launched. To aid in the initiative, 500 volunteers were trained in malaria prevention and sent to Africa to visit communities across the continent. The program provides universal bed-net coverage and comprehensive malaria prevention and treatment programs. It also shares knowledge and best-case practices regarding malaria locally and internationally. Their efforts for 2015 reached more than a quarter-million people. The specially trained volunteers have helped to educate other Peace Corps volunteers, too, bringing participation up above 1,000.

The Peace Corps turned out to be one answer to the lesser-known line from President Kennedy’s inauguration address. The well-known, or well-remembered, being, “Ask not what your country can do for you — ask what you can do for your country.” But the line following is more important than ever in today’s political climate. “My fellow citizens of the world: ask not what America will do for you, but what together we can do for the freedom of man.”

More rural hospitals being pushed toward the brink of closure