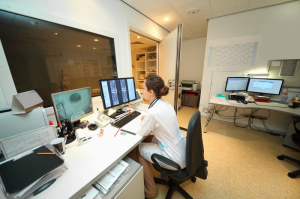 With new CMS policy in place to pay physicians for services, radiologists have been especially apprehensive. As previously reported, the nature of their care does not include new Advancing Care Information (ACI) factors governing quality and value payments, such as direct patient-facing contact.

A new resource just released by the Harvey L. Neiman Health Policy Institute (HLNHPI) helps radiologists determine their patient-facing status based on procedure codes. Known as the Radiologist Patient Facing Dataset (RPFD), it relies on CMS data from 2012 through 2014 to help radiologists figure out if they will be exempt under factors of new the Merit-Based Incentive System (MIPS).

"The final codes were released by CMS on December 29th. As soon as these codes became available we thought it was important to assess how radiologists would be impacted," Dr. Danny Hughes, Ph.D., senior director at HLNHP told HCB News. "As we analyzed the data, we realized we could provide this important tool to help radiologists plan for MIPS by providing whether they meet the patient facing designation or not according to their historic 100 percent CMS claims data."

According to Hughes, most radiologists will be exempt from "some" facets of MIPS. He said that as long as 75 percent of a radiologist's practice is determined to be non-patient-facing, the practice can still receive special consideration under MIPS payments through the group reporting option.

Some of what turned up in the data was unexpected.

"I was surprised that almost nine percent of diagnostic radiologists would be classified as patient-facing under the CMS final list of codes," said Hughes. "We had estimated only seven percent being potentially classified as such using our preliminary assessment of what the codes were likely to be."

He said that he believes that most radiologists considered patient-facing are performing interventional patient procedures. This is in contrast to the majority of radiologists, who read and interpret imaging results one step removed from patient contact.

“The effect of the non-patient-facing determination has particular impact on the ACI category, as these measures are difficult for radiologists to meet,” said Dr. Gregory Nicola, chair of ACR’s MACRA Committee.

Nicola added that as a result, it is important to understand under what conditions a radiologist would be defined as non-patient-facing. This information helps determine automatic reweighting of the ACI category, so as not to penalize radiologists for reimbursement factors over which they have no control.

The data set includes such information as: their total CMS fee-for-service (FFS)
procedures; total CMS patient-facing procedures; and percent of procedures classified as patient-facing. RPFD contains each physician reported as a Diagnostic Radiologist, Interventional Radiologist, or Nuclear Medicine specialty in the Physician and Other Supplier data, sorted alphabetically by last name.