This Month in Medical History: heart of the matter 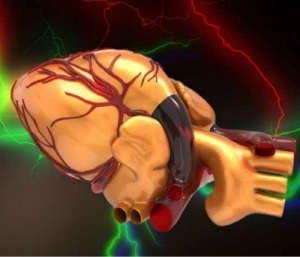 From the December 2016 issue of HealthCare Business News magazine

Dr. William DeVries was just shy of 40 years old when he made medical history. On Dec. 2, 1982, DeVries and his surgical team successfully replaced patient Dr. Barney Clark’s heart with a permanent artificial heart. The seven-hour surgery took place at the University of Utah Medical Center, with media teams from around the world camped out in the hospital cafeteria awaiting the outcome.

No other organ carries the romanticism that’s attached to our heart, and the public had mixed emotions about the procedure. Even the recipient, Clark, was of two minds. Clark, a 60-year-old dentist, was an ideal patient for the surgery. Barring his obvious heart problems, he was a relatively healthy man and he had a close, supportive family. He was also edging into his last few months or even just weeks of life if actions weren’t taken.

Yet Clark was reluctant and actually declined the surgery when first approached. DeVries tried to reassure him by letting him watch the surgery being performed on a cow. Although the cow came out of the surgery fine, Clark felt that the difference between the cow going in with an already healthy heart and his failing heart was too significant. That feeling changed over Thanksgiving. Clark was so ill, his son had to carry him to the head of the dinner table. That night, Clark told his wife that it was time he gave back. He had been kept alive by therapies that others before him had helped to pioneer. It was time he became the pioneer. His intent wasn’t to necessarily extend his own life, but to help others and to help improve the science behind the technology.

At the time of the surgery, DeVries was the only person able to perform the procedure. It wasn’t just the skill he acquired by performing the surgery on nearly 200 calves, it was also the fact that he was the only surgeon authorized by the FDA to operate on a human patient to implant an artificial heart. DeVries used the Jarvik-7, an aluminum and polyurethane device invented by Dr. Robert Jarvik, for the procedure. The device served as a stand-in for the heart’s ventricles. The Jarvik-7 was pumped by means of compressed air provided by a 400 pound electrically-powered compression unit that was, obviously, stationed externally.

When Clark woke from the procedure, DeVries asked him how he felt. He responded that he didn’t feel pain, but did feel that he had a strong heart beat again. Then, turning to his wife, he told her, “I want to tell you even though I have no heart, I still love you.” While Clark was never to leave the hospital during the last 112 days of his life, he did have some good days. He celebrated a wedding anniversary with his wife that it’s unlikely he would have seen without the procedure. He also served as a beacon of hope and selflessness.

He gained many friends and fans among the hospital staff and the press corps that stayed camped at the hospital during his stay. DeVries also stayed at the hospital that entire time — leaving only once. On March 23, 1983, Clark took a sudden turn for the worse. DeVries had checked on Clark and found him reading the news. Just an hour later, he was unconscious and his blood pressure was zeroed. At that time, death declarations were tied to the beating of the heart, not cessation of brain function, so with the consent of his wife who was by his side, the machine pumping his heart was turned off and a brave pioneer, with a better heart than many, found his final rest.