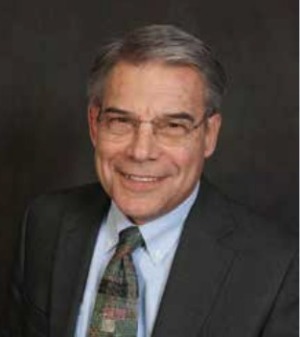 For this month’s installment of Hospital Spotlight, HealthCare Business News spoke with Dr. Norman H. Chenven to get a history of Austin Regional Clinic and how he oversaw its growth from three to 360 physicians in an ever-changing environment.

HCB News: What inspired you to get involved in health care?
Dr. Norman H. Chenven: My father was a podiatrist. He encouraged both my brother and me to become doctors. I resisted that push initially, but lacking an alternative career interest after college, I applied to and was accepted into medical school. But it took until my third year and my first clinical rotations to realize that health care would be my future. It was clear that patient contact was something that engaged me like nothing else in my prior experience.

Medicine is an all-encompassing career and that is what I wanted. After my postgraduate medical training, I entered the Indian Health Service (IHS). I was assigned to the Tuba City Hospital in Arizona, located 50 miles from the Grand Canyon on the Western Navajo Reservation. The patients our team treated were predominantly Navajo and Hopi, as there are a number of small Hopi villages inside the Navajo Reservation.

This was a perfect place for me because, growing up as a Jewish boy from Brooklyn, I had always romanticized the dream of living in the west. This also happened to be my introduction to the concept of a multispecialty medical group practice, with 14 physicians of various specialties collaborating to care for 40,000 Native Americans. I loved that experience and the teamwork it required to successfully manage such a large population. The hospital had only 30 beds. It was a challenging experience, but the rewards were great. Many of the older Navajos didn’t speak English, and we relied on the nursing staff to translate for us.

HCB News: How did Austin Regional Clinic come about?
NC: My wife and I elected to move to Austin after my two-year service in the HIS was completed, so that she could attend graduate school at The University of Texas. After a three-year stint at the Brackenridge Hospital Emergency Department (now University Medical Center Brackenridge) in downtown Austin, I joined three other family practice physicians to start a private medical practice. It was a very good practice, but vaguely unsatisfying to me after having been in a multispecialty group practice environment on the reservation.

It was my good fortune to be presented with the opportunity and finance to build a larger practice with the arrival of PruCare in Austin, one of the first HMOs in Texas. With two other partners, I was able to begin to put together a more comprehensive medical practice that included multiple specialties — much like we had in Tuba City. From that modest beginning, Austin Regional Clinic (ARC) has grown to a 360-physician group with 21 locations in three counties in central Texas.
1(current)
2
3