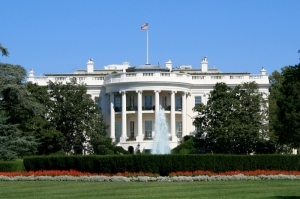 Warns of higher costs
associated with
developing new sources
To illustrate the U.S. government’s “interest to develop and efforts to help ensure a reliable supply” of Molybdenum-99 (Mo-99), Dr. Matt Heavner, Ph.D., assistant director for global security for the White House Office of Science and Technology Policy, addressed an open meeting at the SNMMI conference in San Diego last week.

Heavner noted that about 80 percent of the medical isotope is “used in nuclear medical diagnostic procedures that you perform every day.” He also noted that America consumes about half the world’s supply of Mo-99.

“Even though the health of Americans relies heavily upon the availability of this isotope … there have been times in recent years when it has been in short supply,” he acknowledged to the SNMMI attendees.

He said that many of the facilities that produce Mo-99 are outdated and aging. Heavner added that the materials to produce Mo-99 could be used for nuclear weapons if in the wrong hands.

Heavner asserted that current patient needs can be met by current producers. “Even when Canada stops producing later this year, U.S. supplies have been strengthened,” he added.

Heavner said that the Department of Energy’s commercial partners are expected to offer further production options in the coming months, although he offered no specifics. He also said that the U.S. was working with Canadian sources to make emergency supplies if necessary, to head off any shortages.

Heavner added that commercial insurers must follow the precedent set by CMS to be willing to reimburse more for Mo-99 due to higher costs associated with developing the new sources.

“In the case of medical isotope production this has not been a trivial matter,” said Israeli. “These issues are being successfully addressed by current producers who are expected to complete conversions over the next three years.” She noted that LEU Mo-99 is identical to that produced from HEU methods, making the conversion transparent for any clinical use.

According to the World Nuclear Association, demand for radioisotopes such as Mo-99 is increasing five percent per year.