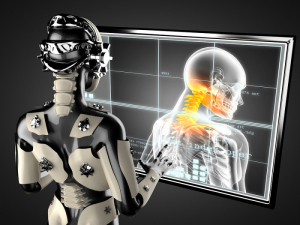 Robotic surgery has become relatively commonplace in the medical community, with over half a million robotic surgeries performed around the world each year, according to ECRI Institute.

Surgeons are becoming more familiar with using the robotic remote consoles and most surgical residency programs are performing some procedures with a robot, says Rob Maliff, applied solutions director at ECRI. In recent years, robotic surgical technology has advanced, allowing for it to be used for new types of procedures.

Robotic surgery was initially just used for gynecology and urology procedures, but lately there has been growing interest in using the systems for nephrectomy and colectomy procedures. “As the technology changed and the field of view became larger with some of the surgical platforms, [surgeons] said, ‘Let’s do the abdomen and see what else we can do there,’” says Maliff.

Hybrid operating rooms (ORs) are also being used for new types of procedures. Initially the room was mostly used for vascular, neurology and cardiothoracic surgery, but now it’s branching out to spine, orthopedic and blunt trauma surgery. And it may not stop there. Sudhir Kulkarni, segment director of hybrid OR at Siemens Healthcare, believes that every procedure that requires advanced imaging will most likely enter the hybrid OR.

In fact, some facilities in Europe are leading the way in this area, but the trend hasn’t made its way into U.S. hospitals yet.

Three new robots in town
Intuitive Surgical has been the leader in the robotic surgery market for more than 15 years, but that may change in the near future. Titan Medical and TransEnterix are both awaiting FDA approval of their robotic surgical systems, and Google and Johnson & Johnson’s Ethicon partnered in March to develop a new robotic surgery platform.

Titan Medical developed its SPORT to be used for general abdominal, gynecologic, urologic and colorectal procedures. A spokesperson at the company said that their goal is to expand robotic surgery to those areas “in a cost-effective manner.”

The system is a single-incision, advanced robotic platform that features multi-articulated instruments with single-use replaceable tips, 3-D, high-definition visualization on a flat-screen monitor, an open workstation and a single-arm mobile patient cart. The company expects that it will receive FDA clearance in mid-2017. The system is also pending CE mark approval in Europe, which is expected to happen by the end of this year.

TransEnterix submitted 510(k) premarket notification to the FDA in June for its SurgiBot robotic surgical system and is expecting approval in early to mid-2016. The system is intended to be mobile and require fewer staff to operate it.
1(current)
2
3
4
5