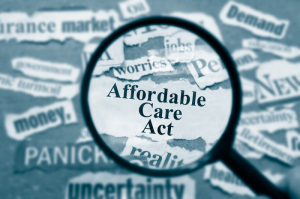 The proposed Cadillac tax set to commence in 2018 under the ACA will transform the current $326 billion credit for employer-provided health insurance to an unfair financial burden for most taxpayers, according to researchers out of City University of New York School of Public Health.

“Economists and politicians have been justifying the ACA’s Cadillac tax by describing it as a 'Robin Hood' maneuver that would take from the rich and give to the poor,” Dr. Steffie Woolhandler, professor of health policy and management and co-author of a study just published in the peer-reviewed International Journal of Health Services told HCB News. “That view of the Cadillac tax is untrue.”

But she and her co-author, fellow professor Dr. David Hammerstein, maintain the scheduled 2018 Cadillac tax will not make financing health insurance any fairer.

“The main beneficiaries of the current tax subsidies to employer-sponsored coverage are middle class families (defined by a family income between $39,000 and $100,000 in 2009 dollars) for whom the subsidies boost their effective incomes by about 5%,” Woolhandler explained. “These are the people who would be most harmed when the Cadillac Tax kicks in and curtails the current tax subsidies.”

The Cadillac tax is controversial. While the tax is widely supported by economists, everyone from Unions to the U.S Chamber of Commerce (USCC) oppose it. The USCC maintains the ACA Cadillac tax will increase costs and reduce benefits.

According to a study conducted by the nonprofit Kaiser Family Foundation (KFF) this past August, the tax's unpopularity is “reflective of an overall anti-tax sentiment among Americans.” The Cadillac tax is intended to raise $87 billion over the following decade to lower the cost of health insurance purchased through government run insurance exchanges.

According to the KFF, employers are already making a number of changes to reduce the impact of the 40 percent Cadillac tax. This includes increasing deductibles, eliminating services and other measures.

Separate from her study results, Woolhandler advocates for a single-payer “Medicare-for-all” system – also controversial - to put health insurance on an equal footing.

“The US needs a single payer system to improve the fairness of health financing and the health of the American people. Until we get there, patchwork financing reforms like the Cadillac Tax can make matters worse,” she said. “It is not socialized medicine, since doctors and hospitals could remain private. Rather it is socialized insurance.”

In addition to their academic posts, Woolhandler and Himmelstein are co-founders of Physicians for National Health Program, a nonprofit organization with a membership of 20,000 physician, medical student, and health professional members. According to the authors, PNHP had no role in the funding or in otherwise supporting the study.