Raising the silicon ceiling: gender inequality in health IT

Raising the silicon ceiling: gender inequality in health IT 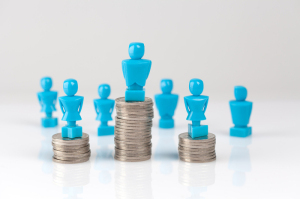 Nov. 8, Election Day, can’t come soon enough for some. For others who have viewed the campaigns first with bemusement and later with disbelief, closing in on that date is likely going to cause a sense of dread. There’s a decent chance that this election, like the election that put President Barack Obama into office, will register another historic first. If one of the candidates from the Democrat party wins, we’ll have either our first Jewish president in Bernie Sanders or our first female president in Hillary Clinton.

It’s the latter that has received significantly more ink from the media, and salary inequality is one of the reasons the story needs to be told more. In 2016, women are still falling far short on the salary scale when compared to men with the same experience and expertise. This is especially true in the tech world where the challenge isn’t only around leveling the income field, but also around attracting more women to the field.

Those disparities only increase the higher up the career ladder one climbs. For executive- level and senior management-level positions in health IT, the compensation for female professionals averages just 63 percent that of their male counterparts during their first year in the role, and it takes 15 years to pull level. The differences span both for-profit and nonprofit organizations with nonprofit being the bigger offender at the executive level. On the non-executive level, for-profit organizations may have finally taken notice. There, the compensation for women averages just .5 percent below that of their male counterparts.

The IT impact
It’s clear IT has an image problem when it comes to gender equality. The HIMSS Compensation Survey isn’t the first to point this out, it’s just a more recent example and specific to health care. Apple and Google continue to struggle to attract more women to their respective teams, both to assuage the concerns of at least half the population, but also to diversify, in order to bring in the best and brightest minds.
1(current)
2