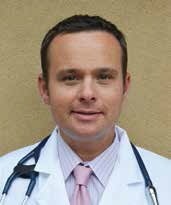 Dr. Andrew Freeman is an interventional cardiologist at Denver’s National Jewish Health and a member of the American College of Cardiology’s (ACC) Patient- Centered Care Committee, and he is clearly excited about the breadth of innovation occurring within the arena of cardiac technology. He notes, “there is not a single key technology or modality” that is dominating the discipline, but a whole basket of options.

“No single modality can give us all the information we need. Each modality has a niche, or role to play, and they all complement each other — that’s the virtue of what we call ‘multimodality imaging’ — it gives us a tool box of techniques we can use.” Freeman sees a great deal of technology emerging, particularly at the coronary artery level. There’s metabolic imaging using PET/CT, and there’s visual Optical Coherence Tomography (OCT) — an imaging technique that uses light to capture micrometer-resolution, three-dimensional images. There’s intravascular ultrasound (IVUS), a methodology using a specially designed catheter with a miniaturized ultrasound probe. Then there’s FFRCT, or fractional flow reserve CT.

Freeman says, “it lets us see coronary lesions and how bad they are, and evaluate if they need to be fixed. All of these things are really exciting, and there are lots of different ways to evaluate cardiovascular disease that we never had before.” He also says MRI continues to emerge, and 4-D MRI is providing a great deal of insight in blood flow and vortices. “We can ‘virtual tag’ the blood cells and watch them in motion, watch the eddies and vortices form inside the heart. In certain disease states, sometimes those vortices don’t form, or form differently, which is a clear telltale that a problem exists. One of our researchers is looking at 4-D formation of vortices and hypertension in the right ventricle, which is really unique.”

3-D probes are improving. “In particular, the technology of the ceramics inside the probes has improved, so the temporal resolution is better. And the overall software interpretation of the signal is getting much better,” Freeman says. He notes, however, that 3-D is primarily used in specialized centers doing complicated heart valve procedures.

“So there’s a whole range of ways we’re using emerging technology, combined with newer modalities and techniques, that are significantly improving the way we make diagnoses, and the way we treat our patients,” Freeman concludes. That said, Freeman still relies on echocardiography as the tried-and-true mainstay of his practice. “Not only does echocardiography give a measure of pump function and overall function, but it also gives detailed information about valvular disease and pulmonary hypertension,” he says. “It used to be that you could listen very intently and try your best to come up with what’s going on [in a patient’s heart], but with echocardiography, you can really see it. I don’t think I could practice cardiology without it.”
1(current)
2
3
4
5