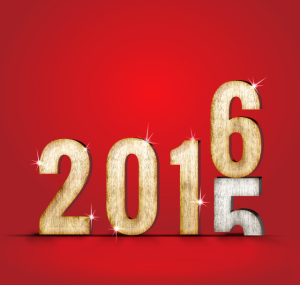 2015 in review
Whether it was an unmitigated failure or an unparalleled success, there is one thing about 2015 that we can all agree on: it's just about over. As these last 12 months rolled by, HCB News churned out original coverage of over 800 breaking news stories that had major implications for health care professionals. These stories ran the gamut from legislative shake-ups, technological innovations and breaking research, to unforeseeable disasters and occasionally the downright bizarre.

So, before we put the book up on the shelf, let's take a look back at the 25 headlines that — more than any others — shaped the year for health care business professionals, grabbed the most attention, and have set the stage for 2016.

Pneumonia is the number one cause of death in children worldwide, diagnosing it without dose exposure is highly desirable. In March, Icahn School of Medicine at Mount Sinai researchers published findings that suggest ultrasound may hold the key to diagnosing pediatric pneumonia without chest X-ray.

24: Using 3-D printing to combat Gaza's stethoscope shortage 9/16/2015
Dr. Tarek Loubani turned his frustration with lack of resources in Palestine's war-torn Gaza Strip into an "aha" moment. After several years of development and testing, he designed a reliable, accurate — and cheap — 3-D printed stethoscope, which can be produced on the spot using basic supplies and a printer. These are the kind of innovations we expect to see more of as 3-D printing continues to gain ground.

23: Siemens brings 7T MR to the clinic 6/3/2015
In June, Siemens Healthcare introduced its Magnetom Terra 7 Tesla MR system, which is built for neurological and musculoskeletal applications. 7T magnets have higher signal-to-noise and contrast-to-noise ratios compared to lower field systems. Although 7T is nothing new to research facilities, this marks the first time such a system has been designed specifically for clinical use.

22: Sometimes prostate cancer is left well enough alone 9/2/2015
The results of 20 years of research at the Brady Urological Institute at Johns Hopkins in Baltimore show that most men with nonaggressive prostate cancer did not die from their cancers. In fact, only two of 1,298 men in the study – with the average age being 66 – died of prostate cancer and only three developed other tumors.
1(current)
2
3
4
5