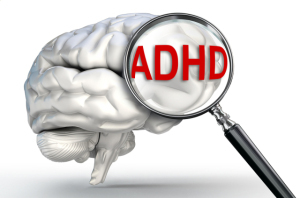 When you have a big report to do and the office music is playing and your co-workers are laughing nearby, you are still able to focus on your responsibility because your brain networks handle those distractions. But children with attention-deficit hyperactivity disorder (ADHD) have weaker connections than normal between their attention-grabbing brain networks, according to a new study from Stanford University School of Medicine.

The study focused on the salience network, a set of brain regions working together through well-synchronized neural activity. That area helps people decide where their attention should be going at any certain time.

“A lot of things may be happening in one’s environment, but only some grab our attention,” said Vinod Menon, Ph.D., a professor of psychiatry and behavioral sciences and the study’s senior author. “The salience network helps us stop daydreaming or thinking about something that happened yesterday so we can focus on the task at hand.”

The study discovered that this network’s capacity to control interactions with other brain systems is weaker in children with ADHD. The 180 children in the study — half with ADHD and half without — underwent functional magnetic resonance imaging (fMRI) brain scans. The scans happened when the children were resting but awake. The researchers also used data from three other replicated, independent data taken in New York, Portland and Beijing.

The difference was obvious in the brain scans which distinguished which kids had ADHD and which didn’t. That could be a breakthrough, and hopefully with more testing and research, fMRI scans could become an addition to an ADHD diagnosis. Right now, diagnosing ADHD is a subjective effort with different methods and thoughts on what constitutes the disorder.

There are more than 6 million children in the U.S. between ages four and 17 who have been diagnosed with ADHD. These kids tend to have problems in school, trouble with friends and are prone to more injuries.

Other ADHD research going on to help children and adults with the disorder includes:

• That fidgety behavior some children with ADHD display may actually be helping their brain, researchers at the University of California Davis MIND Institute discovered. They found that preteens and teenagers with ADHD who moved more intensely exhibited substantially better cognitive performance. "It turns out that physical movement during cognitive tasks may be a good thing for them," said Julie Schweitzer, professor of psychiatry, director of the UC Davis ADHD Program and study senior author. "Parents and teachers shouldn't try to keep them still. Let them move while they are doing their work or other challenging cognitive tasks.”
1(current)
2