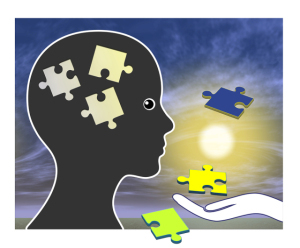 Service members who have gone through a blast injury as part of their military service can experience TBI, Dr. Gerard Riedy, chief of neuroimaging at the National Intrepid Center of Excellence at Baltimore, Maryland's Walter Reed National Military Hospital, and a researcher on this project, told HCB News.

According to the National Institute of Neurological Disorders and Stroke, TBI is a form of acquired brain injury that occurs when a sudden trauma causes damage to the brain. The injury can occur when the head suddenly and violently hits an object or when the object enters brain tissue after piercing the skull.

Having service members imaged shortly after an incident can provide an objective measure of any microbleeds that occur as a result of TBI, said Reidy. “Today, this determination is relatively subjective. There’s a lot of stuff happening in a war zone. The story tends to change. Often, the service member doesn’t think they lost consciousness. Then someone else tells them they did lose consciousness.”

In their study of 603 military service members, Dr. Riedy and his colleagues used susceptibility-weighted imaging – an MRI technique that provides improved visibility of blood and is highly sensitive to microbleeds. It typically took about two years and four months – or 856 days – for service members to be scanned using susceptibility-weighted imaging. Of those included in the study, 7 percent had experienced a microbleed.

Of service members who were imaged within three months of their injury, microbleeds were detected in 24 percent. In service members who were imaged over a year after their injury, only 5.2 percent were shown to have microbleeds. According to the article published in Radiology, the researchers who worked on this study attribute this decrease to changes in iron deposits in the brain as time goes on, making it more difficult to detect microbleeds.

The theory is that the trauma from blast injury damages vessels in the brain and causes all kinds of hemorrhage in the region of the damaged vessels, said Riedy. “Anything that’s strong enough to damage the vessel will also damage the surrounding cells. In this case, that’s primarily the white matter tracks. It’s almost a marker of damaged white matter. And if we see it in multiple places throughout the brain – which we often do – that suggests something called diffuse axonal injury, which can be a devastating injury to service members.”

“Most of these [service members] who have been diagnosed with TBI have the classic problems of memory loss, they often have emotional problems – which can be from trauma also,” said Riedy. “They can have difficulty doing the daily tasks they’ve done their whole life. I mean, they can go to the store to go shopping for laundry detergent. But now a regular thing becomes a task for them. They’re just exhausted by the end of the day.

“The thinking is that, that’s the brain sort of rewiring itself and using different circuits. It’s like learning how to ride a bike again,” he said. Because of their injuries, some service members need to re-learn how to accomplish many of their daily activities, and that can be exhausting.

The researchers advocate for getting service members imaged soon after their injuries in order to get an objective determination of whether or not they have experienced microbleeds.