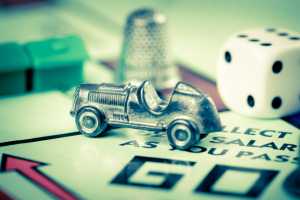 Two proposed insurance mergers — one between Anthem and Cigna and the other between Aetna and Humana — will have an adverse impact on competition in up to 97 metropolitan areas within 17 states, according to the American Medical Association (AMA).

“There’s an increasing amount of data that shows that when a market becomes consolidated, prices go up and choice goes down,” Dr. Barbara McAneny, an AMA trustee and a practicing oncologist, told HCB News. “What happens very frequently is when an insurance company has market dominance, patients don’t have a choice.”

The insurance company mergers “would exceed federal antitrust guidelines designed to preserve competition,” according to an AMA-issued press release.” The organization is calling on federal and state regulators to use the “enforcement tools” at their disposal to “preserve competition.”

According to AMA analyses, the anticipated decrease in competition should be viewed within the context of the current “unprecedented lack of competition that already exists in most health insurance markets.”

In terms of the current state of competition within health insurance in the United States, the AMA observed that:

• In 14 states where Anthem does business, a single health insurer has about 50 percent of this market

The AMA findings were based on the 2015 edition of the organization’s Competition in Health Insurance: A Comprehensive Study of U.S. Markets, which it says includes 2013 data captured from commercial enrollment in fully and self-insured plans.

The AMA’s McAneny said that when insurance companies can limit patients’ choices, that can have the result of “limiting critical benefits,” a situation where “patients have no recourse.”

She said the impact of the reduction in patient’s choices would be felt in cancer care, specifically when it comes to the use of “off-label” drugs as alternatives to standard chemotherapy treatments. McAneny said that physicians currently spend a lot of time appealing to insurance companies to get them to cover this off-label use of drugs.
1(current)
2