Imaging equipment service contracts: When is ‘end of life’ a death sentence? 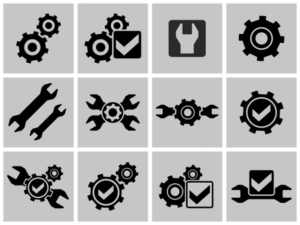 Manufacturers are required to maintain parts and offer service for their medical equipment for many years after the machine is produced. Frequently those agreements can run upwards of a decade, but all good things must pass, and eventually the manufacturer stops offering service contracts. When that happens it’s end of life (EOL) for that piece of equipment. But when OEMs phase out service contracts for older modalities it is not necessarily “lights out” for that system.

While teaching facilities and Level I trauma hospitals may depend on the latest and greatest equipment, a smaller facility can sometimes care for the vast majority of its patient population using moderately outdated technology. In fact, with the right ISO, it could be the beginning of a whole new chapter in cost efficiency. Using older equipment comes with certain risks and venturing away from OEM contracting can be a scary prospect for hospitals that are unfamiliar with their options. In the EOL market uninformed decisions can be extremely costly.

For Tomas Gonzalez, president of Homestead Diagnostic Center, finding the right ISO required a certain learning curve. “Over the last 15 years I’ve had people here who had no idea what they were doing, charging me a whole bunch of money and not getting anything accomplished,” he says. Gonzalez owns an imaging center in south Florida, which runs largely on older imaging equipment. His equipment includes a Siemens 1.5T Vision MR, a Philips MX8000 CT scanner, and an X-ray unit he says has been working flawlessly since 1999.

“I am ACR accredited and they come check everything out, and I don’t have any issues,” says Gonzalez. “Everything works fine, and image quality is great Gonzalez attributes the success of his company to his frugality in the face of diminished reimbursement. “A small center like mine cannot afford a new MRI, it’s ridiculous. I simply cannot afford it.” Without dependable ISO servicing, he would be out of luck.

Why do OEMs stop supporting older equipment?
The relationship between ISO and OEM has evolved in recent years as facilities like Homestead Diagnostic Center forgo newer equipment in the interest of smarter budgeting. Finding ways to keep that equipment running is good business for whoever can do it. For the OEMs, however, sometimes it’s out of their hands. Matthew McCallum, a strategic business partner with Siemens Service, points to evolving computer technology as a factor that drives EOL, (or as they call it “end of service”). A medical imaging device will typically have components from commercial technology — a monitor or computer from manufacturers such as Hewlett Packard or Dell, for example.
1(current)
2
3
4