From servicing under fire in Iraq to evolving under the ACA, clinical engineers rise while facing many challenges 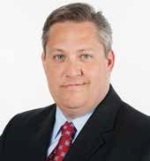 However, Rob Morey, area vice president for TriMedx, which manages more than 1.2 million devices for its clients, said they typically see a mature HTM program operating with about 70 percent of their expenses able to support insourced services. He also notes that their historical database allows TriMedx to apply a huge base line to determine the quality of after market parts makers and suppliers, to ensure reliability and patient safety.

For Russ Magoon Imaging Service Engineer at Legacy Health and past president of the Oregon Biomedical Association, and Edwin Vasser, Biomedical Equipment Technician III at Advocate Christ Medical Center and Advocate Children’s Hospital, the view from the front line offers a different perspective. “Our director is good about talking to the techs before equipment is purchased,” said Magoon. He also said that while open market parts are an option, some parts should not be substituted from OEM suppliers if possible. 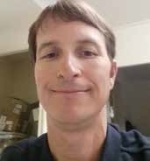 “It’s easy to be penny wise and pound foolish,” he explained. “I’ve seen tubes bought for 50-60 percent less, but fail after six months, instead of the expected life span.” He said they have also had success with shared service contracts, which typically cost a few thousand dollars per room compared to as much as $15,000 for a full service contract. He said the shared contract also allows for faster turnaround when equipment goes down because a PO is not needed to talk to someone at the OEM, which can slow response time. The issue of fast turnaround was also important for Vasser. With the growing role of software and device interconnectivity, there is a growing overlap with the IT department. “As a first responder we have to move fast. 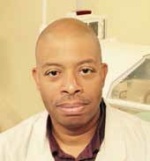 The nursing staff expects their equipment back up as quickly as possible,” said Vasser. “So the traditional 24-hour turnaround time IT is used to isn’t going to accomplish that. We need IT’s help and we need their response time to mirror that of clinical engineering.” He noted that while his shop covers about 95 percent of service in house, sometimes it is cheaper with a flat rate that some of the OEMs offer to let the OEM make repairs. “IT may not have the skill set or processes in place to work on networked medical device systems, so clinical engineering has had the opportunity to expand our knowledge to cover new, IT-like tasks. 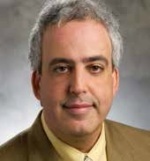 We’ve had to become lot more IT-savvy than IT has had to become clinical engineering-savvy, but IT is getting more engaged,” Torres added. Another trend: all but one of the sources reporting that their staffing has remained flat to slightly increasing. And all the sources spoke about the changing skill set now demanded in the field. The hiring managers are seeking health care management technology professionals well versed in computer and software knowledge, in addition to the traditional mechanical skills.

Good interpersonal skills, including being a good listener, are more important then ever. “It’s no longer just enough to be a good bench technician to be successful in this field,” said Jones, with Harris Regional. “Any more, the first thing service people get out is not a screwdriver, but a laptop. It’s more and more becoming about tracing an issue back to a circuit board rather than a component,” said Magoon. This emerging new skill demand is putting a strain on the labor supply pool, noted several of the clinical engineering managers.
1
2
3
4(current)
5