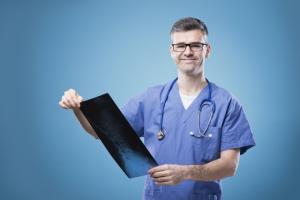 The clinical implications of this discovery have not yet been fully determined, Dr. Emanuel Kanal, Director of Magnetic Resonance Services and Professor of Radiology and Neuroradiology at the University of Pittsburgh Medical Center, told DOTmed News. However, he believes the findings should serve as a wake-up call for more radiologist involvement in ordering diagnostic examinations.

“Now that we know gadolinium remains in the body with at least some of these agents, radiologists need to become more actively involved in the ordering process," said Kanal. That means reviewing the patient history, determining whether the requested MRI study is indicated, whether it does indeed require administration of a GBCA, and if so, which agent and at what dose.

“The referring doctors cannot be expected to have expertise regarding these GBCA; that is the responsibility of the radiologist," said Kanal.

But current legislation may be getting in the way of that level of radiologist involvement. According to Kanal, the Stark Amendment — a law which governs self-referrals in which a doctor may have a financial interest — has left radiologists reluctant to get involved in the decision-making process.

“Because of the Stark Amendment, radiologists do not typically order either diagnostic tests or contrast administration on their own patients. As such, there has been a tendency to simply accept the referring physician’s orders,” said Kanal.

"That has to change," he added.

Patients with severe kidney disease who receive multiple doses of some CBGAs have been shown to develop nephrogenic systemic fibrosis.

Kanal was the lead author in an editorial on gadolinium research published in the June issue of Radiology along with co-author, Dr. Michael F. Tweedle, of Ohio State University.