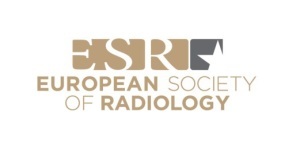 The 2015 European Congress of Radiology Annual Conference began March 4. More than 20,000 participants were attending the second largest medical meeting in the world, held this year in Vienna, Austria.

Among the highlights announced on opening day:

1 – Professor N. Reed Dunnick, M.D., United States – Immediate past president of the Radiological Society of North America, Dr. Dunnick is recognized for his outstanding contribution to research and sharing his knowledge through cooperation with European colleagues. He currently practices at the University of Michigan Health System.

2 – Professor Tae-Hwan Lim, M.D., Ph.D., South Korea – Specializes in cardiovascular imaging and has used his knowledge to improve radiology knowledge worldwide. He is professor of radiology at the University of Ulsan College of Medicine and a radiologist at the Asan Medical Center, Seoul.

3 – Dr. Anne Osborn, United States – Dr. Osborn is also the Honorary Tesla presenter at the ECR15 conference this year. She is a specialist in neuroradiology and has been Professor of Radiology at the University of Utah School of Medicine in Salt Lake. She has been visiting professor at many top medical schools, including in the U.S. and Sweden.

Several presentations of new and groundbreaking research and evidence-based medicine were offered on the first day, including:

1 – Hybrid Imagers - Are new hybrid imaging methods truly revolutionary and worth the expense? This first part of a six-part course focuses on tracers and how this new technique is being impacted by reimbursement lag.

2 - The Changing Role of the Radiologist – This course discussed the worldwide change imparted to radiology by electronic medical records (EMR) in bringing recognition of the need for radiologists to emerge from their dark rooms as part of a team of physicians, not just in a consulting role.

3 - Imaging the pregnant, the young, and the elderly, especially in the ER. Pregnant patients are concerned about radiation exposure, the elderly have a high degree of cognitive confusion and children are scared. Several case studies were presented in a discussion of these highly sensitive patient situations.

4 – The role of imaging in diagnosing hearing loss that can be treated with new approaches and protocols. Auditory loss cases have doubled in western countries in the past 30 years. The need for treatment has driven study and options for new treatments that rely on radiology solutions.