Q&A with Leonard Arzt: Founder and past executive director of the National Association for Proton Therapy 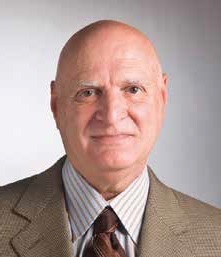 Len Arzt has been a fixture in the proton therapy sector for decades. In fact, he is the founder of NAPT. In December, he stepped down from his role as executive director. HCBN spoke with him about the past and his future.

LA: Before we get into the questions, I just want to say it has been a real privilege to spend the last 25 years promoting proton therapy and helping cancer patients. I’ve had a great run, 25 years is a long time and certainly long enough. It is time to take NAPT and the proton community to the next level and that’s Tyler Wilson’s role.

HCBN: What was your background prior to founding NAPT?

LA:
My background was with the U.S. Department of Energy as senior press officer in high-energy physics, nuclear medicine and nuclear energy. That’s where I met people like Dr. James Slater. The DOE I was part of was involved in the commercialization of proton therapy into the private sector. Dr. Slater was the first to develop the technology. I saw the need for a non-profit to promote the technology and benefits for cancer patients. We founded NAPT in 1989, a few months before Loma Linda treated its first patient in 1990.

Today, there’s a lot of momentum and growth. At one time, I envisioned 10 or 15 proton centers regionally. That has changed dramatically.
HCBN: What is a sustainable goal?
LA: Dr. Slater said he could envision 100. There seems to be no shortage of interest. I’ve always said that if every hospital could afford to have a proton facility, they would. I believe 20 to 25 is a good number to expect over the next three years. The one thing I could say about it is that it’s a lot harder than it looks in terms of financing and funding.

HCBN: Has the jump in number of centers created any growing pains?
LA: Yes of course. I think there’s a potential shortage of clinicians trained to move from conventional expertise to proton expertise. Then support staff and physicists. It could create a lot of competition for hiring people.

HCBN: What was the biggest challenge behind getting the association up and running?
LA: It’s hard to believe in the old days, not all that long ago, that nonprofit organizations existed by being in directories and phone books and holding meetings and conferences. So being an advocate and getting the word out — I did that primarily through the news media with upbeat articles and stories about success with patients being treated.

HCBN: What have been your biggest accomplishments over the years?
LA: My biggest success was founding the NAPT. My second, equally important success, was educating thousands of patients about the advantages of proton therapy. I never looked at it as a job. It is my passion. I was able to explain and write and educate about proton therapy before people even knew about it and that was based on some great training from Dr. Slater.
1(current)
2