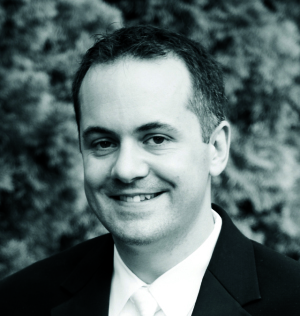 From the September 2014 issue of HealthCare Business News magazine

A few years ago, a close friend and his wife were visiting our home. My wife, Jodie, had just given birth to our son a few months prior and my friend's wife was due in a few months. So, there was a lot of discussion going on between the two, with advice and concerns being shared. At one point in the conversation, Jodie asked if they were going to find out the gender of the baby. My friend's wife said they wouldn't, but not because they wanted to be surprised or because of any expense involved with the ultrasound. Instead, she was concerned about what the ultrasound would do the fetus, because and I quote, "Ultrasound hurts dolphins, imagine what it does to babies!"

To my wife's credit, she managed not to laugh out loud. The point of this story and how it ties into the issue is that we were talking with someone a little bit misinformed. That's a light theme running through this issue, with debates around proton beam therapy (p. 59) and some possible misinformation about CT tube culpability in regard to dose in our cover story (p. 36).

Beyond those stories, we offer a look behind the scenes, for DOTmed's version of "How it's made" covering X-ray and CT tubes (p.50). Two of the biggest tube manufacturers in the industry walked us step-by-step through the process and as I'm sure you can imagine, there's a lot that goes into making a tube.

For radiation therapy, we offer a thorough rundown of what's going on in the sector with interviews and input from manufacturers, independent sales and service organizations and end users (p. 64).

This issue also offers a number of interesting interviews, including a Q&A with Dr. Ronald DePinho, president of the University of Texas MD Anderson Cancer Center (p. 26), Dr. Bruce Haffty, incoming president of ASTRO (p. 32) and Dr. Hossein Jadvar, president elect for SNMMI (p. 80). Each of these doctors provided a wealth of fascinating information, so much so in fact, that it was difficult to put the stories together due to space limitations and the reluctance to edit down such great material. But, that's what we had to do and you can see the fruits of our labor on those pages.

And speaking of fruits of labor, my friend's wife did eventually acquiesce to an ultrasound. So they were well-prepared to welcome their healthy baby girl into the world. I'm sure you'll be happy to know, they didn't name her Flipper.