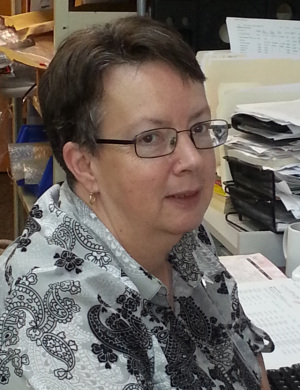 Helen Jones, CBET
Do you have, or know of a Biomedical Engineering shop worthy of special recognition?

Then the North Carolina Biomedical Association (NCBA) wants to hear from you.

DOTmed HealthCare Business News spoke to Helen Jones, CBET, Director I, Clinical Engineering Services, MedWest Harris/MedWest Swain, and past president of the NCBA (2013), about the nomination process for the 3rd Annual Kevin Scoggin Biomedical Shop Recognition Program -- and the significance of the award.

"This special award is named to honor the memory of one of our Honorary Members, Kevin Scoggin, who was president of the NCBA in 1992. Kevin started his career as a biomed with Premier (now Aramark) in Charlotte. He went on to Crothall in Mooresville, NC, where he became a vice president. Then, sadly, he left us at the age of 49, when he succumbed to cancer. Everyone who knew Kevin knew him to be a class-act and a quality guy. And because 'quality' epitomizes who Kevin was, 'quality' must epitomize the Biomed Shop that wins the Kevin Scoggin Award," Jones said.

To nominate a shop, submit an email to the NCBA describing why you believe the shop deserve this special recognition. Self-nominations of your shop are also encouraged and recommended. Customer/client testimonials are also encouraged to support your submission.

During the 2014 NCBA Symposium Business Luncheon this September 3rd at the Embassy Suites Resort & Conference Center in Concord, NC, one shop will be identified as the Kevin Scoggin / NCBA Shop of the Year. As part of this recognition, the NCBA will sponsor a luncheon for the selected shop and feature them in the newsletter following the Symposium. They also will receive a handsome trophy to display at their place of work.

Past winners of the Kevin Scoggin Award were the biomed team at Wayne Memorial Hospital in Goldsboro, NC, and then the 2nd award went to Rex Hospital in Raleigh, NC.

The submission form can be found at on the NCBA Website

The submission form can be found here: Submission / Nomination Form

The deadline for submissions is Friday, August 22nd.

Please submit all nominations by email to Helen Jones at: bod5@ncbiomedassoc.com