Why prostate isn't the end-all be-all for proton therapy 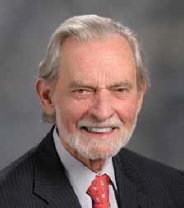 Dr. James Cox, professor of radiation oncology at the MD Anderson Cancer Center, says that his interest in proton therapy started when one of his faculty colleagues performed a randomized trial comparing 3-D radiation therapy with old-fashioned 2-D therapy for prostate cancer. He saw that patients receiving the new therapy had a better outcome — or more specifically, in his own words, “a biochemical freedom from relapse.”

Around 1998, he successfully proposed building a proton center at MD Anderson — the project broke ground in 2003 and the center treated its first patient in 2006. Back then, there were only three or four proton facilities in the United States.

Yet, even as proton therapy gains traction worldwide, with two more centers slated to be built in the UK alone, its growth in the U.S. faces serious challenges due to the high cost of the treatment and volatile CMS reimbursement coverage. Most industry insiders agree that a sustainable future business model for proton centers will increasingly rely on the engagement and support of private payers.

Worried about declining margins, private payer scrutiny and sustaining a high enough patient volume to make a profit, many proton centers are basing their de facto business model around treating a high number of prostate cancer patients to ensure insurance will cover the cost.

But given that the treatment comes with such a high price tag, many critics have voiced concern that at least some of the hype around proton therapy for prostate may be fueled by a self-serving financial agenda, and that there isn’t yet enough clinical data to back up its efficacy compared with other, less expensive alternatives.

While this controversy promises to be a hot topic of discussion at this year’s National Association of Proton Therapy conference in March 31st at Washington D.C., Dr. Cox is delivering a talk at the meeting that proposes something even more controversial: he wants to move the discussion away from prostate altogether.

HCBN: I understand that proton therapy in the United States is facing something of a Catch-22: you’re at the mercy of private payer coverage and reimbursements, yet Medicare coverage for proton has been very volatile, declining by nearly 32 percent in 2013, following a 15 percent increase in 2012 from 2011 rates. But getting good clinical evidence on the scale needed for coverage is hard to come by with so few proton centers in the country. What are your thoughts on this?
JC: The problem with that is the focus has been proton therapy for cancer of the prostate where there are several other competing strategies for management of early prostate cancer. I wish the arguments in favor of proton therapy were not based on prostate cancer because I think that distorts picture.
1(current)
2
3
4