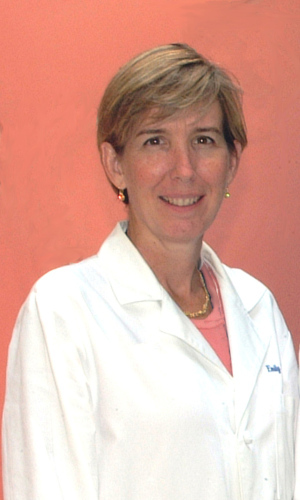 Dr. Emily Conant, professor of radiology
at University of Pennsylvania
Is there a better, safer way to screen women for breast cancer?

A new study presented yesterday at the Radiological Society of North America annual meeting in Chicago suggests tomosynthesis, or 3-D mammography, may detect cancers more accurately and cut down on false positives.

Digital tomosynthesis works by taking a series of X-ray images in an arc of motion around the breast, creating three-dimensional "slices," or cross-sections, which doctors can view to detect irregularities.

In particular, this technology works well on dense breasts, which are difficult to screen using traditional 2-D mammography.

In recent years traditional mammography has come under fire from critics such as the U.S. Preventative Services Task Force, which recommended certain women cut back their screenings from once a year to once every other year, citing harms around unnecessary biopsies and false positives.

The trick to large-scale cancer screening comes from ensuring that the positives of early cancer detection continue to outweigh the anxiety and cost caused by unnecessary recalls and false positives. According to some radiologists, this is where tomosynthesis comes in.

"It's the balance of those two things tomosynthesis might provide to address the criticisms leveled at mammography," said Dr. Emily Conant, professor of radiology at the University of Pennsylvania and the study's lead author.

Since October 2011, every patient screened for breast cancer at the Hospital of the University of Pennsylvania has been screened using tomosynthesis, according to Conant.

"We have used DBT on all of our breast screening patients," Dr. Conant said. "Every patient has had it — we have not selected patients because of their risk or breast density or if they were willing to pay extra. We did not charge extra and were able to provide all of our women with this new technology."

Compared to traditional mammography, the average recall rate using DBT decreased from 10.40 percent to 8.78 percent, and the cancer detection rate increased from 4.28 to 5.25 per 1,000 patients. The overall positive predictive value — the proportion of positive screening mammograms from which cancer was diagnosed — increased from 4.1 percent to 6.0 percent with DBT.

Because the technology is relatively new, it's still used as a supplemental screening tool and is not reimbursable, though this may change if there's enough compelling clinical evidence to show its superiority to regular mammograms.

In fact, a KLAS study released during RSNA found that 98 percent of providers surveyed said they would buy tomosynthesis units again, and 87 percent reported that they had a positive ROI even without receiving reimbursements, according to KLAS.

"I think the exciting thing about [tomosynthesis] is it's an accessible platform based on something that's economical and could possibly be implemented in many places, whereas technology like breast MRI is much more costly," said Conant.
"I don't have the data to compare that but I think [tomosynthesis] is evolving, and it's the beginning of a platform to address many issues."