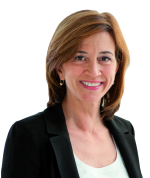 Now, medical device manufacturers with operations in several countries face duplicate audits from regulators. This can result in a single company facing multiple audits in the countries in which they operate, in some cases limiting resources for weeks.

"If you have facilities all over the world, you're getting audits from regulators constantly," said Andrew Northup, international director of MITA.

The auditing process draws from the Canadian Medical Devices Assessment System Program, which used registrars overseen by regulators to audit facilities. Similarly, this pilot program's routine auditing will be done by third-party entities whose competency and oversight will be assessed by regulators.

Auditors will assess compliance for all the countries participating in the program in which a particular company does business, relieving manufacturers from duplicate audits.

The pilot will include the United States, Canada, Australia and Brazil. The program will start in January 2014, with initial audits under the new system to begin in June.

"It's such a global economy now and manufactures sell in so many different countries. Having a way to reduce some of the duplicative efforts will be such an important achievement not just for companies and regulators but also in terms of making it easier to diffuse these technologies to patients around the world," said Gail Rodriguez, MITA's executive director.