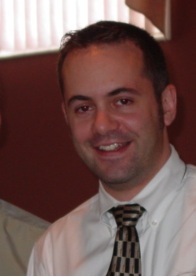 From the November 2013 issue of HealthCare Business News magazine

RSNA is fast approaching and with five years going to the show behind me, my experience at the big show still pales in comparison to many industry veterans - some who have attended for decades. But at least I'm consoled by knowledge that I know why the show's held when and where it is every year - that is, if what I was told is to be believed. You see, a couple of years ago, an industry veteran told me the reason the show was initially held the weekend following Thanksgiving was so attending doctors could bring their spouses and the spouses would have a chance to take advantage of the shopping opportunities Chicago offers. Setting the date just a month before Christmas made it perfect. Again, I can't vouch for that being the truth, but it's at least an interesting answer. I do feel more comfortable stating one of the reasons it's always in Chicago is because both the convention center and the city offer healthy incentives to keep the show returning year after year.

Still, things have changed - today, shopping doesn't need to happen in Chicago or even in a store for that matter and it's trending toward online more and more. Further, many spouses have full time jobs and don't have the time to spare or the desire to make the Windy City in December their vacation destination. But one big positive about the show's timing does remain the same. RSNA's timing puts it at the end of the year, setting the stage for a recap of the year and it allows exhibitors to set the tone for the new year. That being said, I'm excited to see what will be rolled out and what big announcements will be made. I'm also interested to get feedback from attendees about the Affordable Care Act, since that has been a big piece of the news for the past few months.

Of course, DOTmed News will be there and coverage will be flowing on our news site throughout the week of the show. So if you're unable to attend, be sure to visit online to catch up on what you missed and find out what to expect for 2014. Even if you're at the show, it may be worth visiting the site - there's a lot to see at the show, so having some extra guidance on what to see and where to be can't hurt.

Also, while you're on the site, look for our salary survey, or go to it directly at this address: www.dotmed.com/survey/ . The survey is anonymous, but when you complete it, you'll have the opportunity to see what others in your field are earning. There are also a couple of questions about our news. Take a few minutes to respond and let us know how we can improve your news experience and you too will help to set the stage for 2014. If that's not enough reason to respond, one lucky participant will win an iPad Air!