Could optical metabolic imaging be more accurate than FDG-PET? 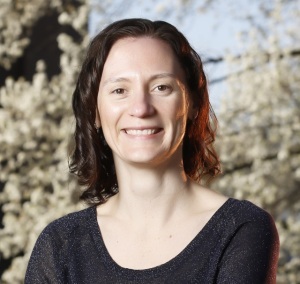 Melissa Skala,
assistant professor of biomedical
engineering at Vanderbilt University
A new imaging technique called optical metabolic imaging may be able to identify subtypes of cancer and also measure how tumors respond to drug treatments, according to a new study published in Cancer Research.

Researchers from Vanderbilt University in Tennessee used a custom-built, multiphoton microscope alongside a titanium laser to study whether metabolic activity in certain cancers could be visualized.

Cell metabolism is a good way to measure how well anti-cancer drugs are working, since cancerous cells consume more sugar for energy than normal cells.

Researchers could then differentiate between cancerous and normal cells by measuring different levels of fluorescence in the cells. Furthermore, they could use this technique to identify different cancer cell types.

The team then grew human breast tumors in live mice, and treated some of the mice with the anti-cancer drug. By using optimal metabolic imaging on the mice, researchers could measure a noticeable difference in fluorescence between drug-sensitive and drug-resistant tumors only two days after the first dose of the drug.

Researchers hope to one day use this imaging technique in endoscopes for live imaging for human cancers.

"We're working on clinical samples to see if this works on human tumors for patients — the hope is to have a screen for multiple drugs before the patient is treated so we can determine the best treatment course for each patient," said Skala.

One in four rural US hospitals at risk of closure

California to loan 500 ventilators to national stockpile for pandemic