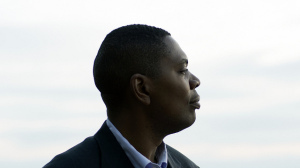 Study author Dr. Anthony Akosa
Hospitals can drastically curb unnecessary imaging tests by using an automated approval tool that follows evidence-based guidelines, according to a new study published in the September issue of the Journal of Managed Care Medicine.

"So I said, why don't we test this? Let's incentivize the providers to see if they can change utilization -- and that's exactly what we did," Akosa told DOTmed News.

In the study, three groups of providers were exposed to a program in which they were incentivized to order imaging tests only when they were needed by using an automated approval tool.

Researchers sent a quarterly report on their performance, incentive pay, and a record comparing them with their peers.

Akosa was startled to see a 26 percent reduction in one provider that offered MRI and CT scans. "I was honestly not quite expecting to see such dramatic improvement in the advanced imaging utilization."

The tool instantly approved tests if they met the necessary criteria. If the scans did not meet criteria, the response turnaround was 24 hours.

In the past, according to Akosa, imaging approval took about 72 hours — meaning doctors who urgently needed to order CT scans for patients with suspected appendicitis typically sent them to the emergency room to get tested.

However, because the tool gave instant approval for scans that met guidelines, one physician Akosa spoke with was able to receive instant approval and have the patient operated on right away, circumventing the need for an ER visit.

Though physicians were initially concerned that the process would actually hinder the test-ordering operation, Akosa said the tool actually speeds up the workflow. "You'll get an immediate response. You can do it over the weekend, you can do it when we're closed. Even if it's pending for some reason, you can get an update — if for some reason it doesn't meet criteria, we can pick up the phone and say 'hey do you have additional information,'" he said.

Part of the problem with imaging overuse is that primary care providers are not adequately educated and updated on current clinical guidelines for imaging tests. This tool will help guide doctors who would otherwise not know whom to consult, Akosa said.

"All you need as a provider is an internet connection. I think it will benefit everybody," said Akosa.