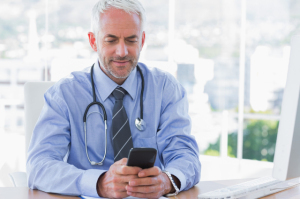 The FDA stresses it doesn't intend to regulate smartphones and tablets themselves, only the apps that qualify as medical devices that warrant regulation.

The apps in the first category transform the smartphone into a medical device that requires FDA approval. For example, an app that enables the iPhone to perform ECG readings would be included in this category.

Mobile apps that act as wireless remote controls or synchronization devices for CT or X-ray machines were also cited as apps the FDA would regulate.

Apps that fall into the second category are meant to be used as accessories to an FDA-regulated device.

A tablet that displays an X-ray from PACS used by radiologists would be one such example.

The third category of apps performs patient-specific analyses and provides a diagnosis, or treatment recommendations, such as a dosage plan for radiation therapy. This includes image viewing, image processing and computer-aided detection (CAD) mobile apps, according to the guidance.

The rise of the iPhone and Android in recent years has given way to a flood of medical apps intended to help people stay healthy.

As many as 1,000 new medical software products are being sold each month for smartphones. The industry estimates that about 500 million smartphone users world-wide will be using a health care application by 2015.

The agency has cleared roughly 100 mobile medical apps for marketing over the past 10 years, and 40 of those during the past 2 years.