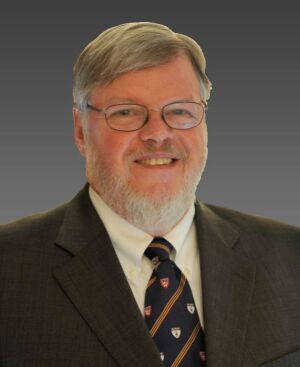 Dr. Frederic Fahey,
past president of SNMMI
Ever since a few high-profile stories put CT dose under the media microscope in 2009, dose scrutiny has spilled over into other modalities — namely molecular imaging. Both governmental agencies like the Food and Drug Administration and the public have consequently expressed more interest in the topic.

"In Boston Children's Hospital, I see parents asking more questions about radiation, its risks, and what it means for their child," Dr. Frederic Fahey, past president-elect of 2012 at the Society of Nuclear Medicine and Molecular Imaging (SNMMI), told DOTmed News. Indeed, concern around radiation dose is commonly cited as one of the barriers to growth in the molecular imaging market.

Recognizing that dose awareness in molecular imaging is in its relative infancy, Fahey and colleague Dr. Adam Alessio, associate professor at the Imaging Research Laboratory at the University of Washington and Fahey's co-chair for the SNMMI Dose Optimization Working Group, endeavored to organize initiatives during Fahey's presidency that would help move dose awareness forward in the field.

Ultimately, the organization's goal is to help provide practitioners with as much information on dose optimization as it can — a goal that's easier said than done, since there are some logical hurdles to overcome around collecting that information.

For example, SNMMI recently worked with the Intersocietal Accreditation Commission (IAC) to help do something that had been only done on a smaller scale before: collect data to see how much levels of radiation dose varied from center to center for the same scan — more specifically, PET and bone scans.

Though on average the median levels of radiation dose fell squarely in line with the levels recommended by the society, there was significant individual variation. On the bone scan side, one patient received 19 millicuries of radiation for another patient's 36. And the radiation levels for PET scans ranged from 3 to 23 millicuries, though the suggested range is 10-20.

Fahey cautions that the data might be biased, since centers that seek accreditation might be more scrupulous in their dose administration than centers that don't, but the study is still the largest review of its sort.

On the manufacturing end, CT dose reduction efforts have been met with measurably significant success, as there's been a big market to satisfy increased demand for lower dose technologies. But whether this momentum will translate over to molecular imaging is questionable.
1(current)
2