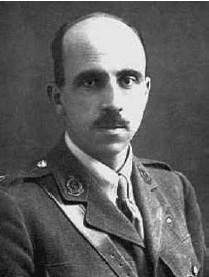 From the June 2013 issue of HealthCare Business News magazine

Everyone from accident victims in need of delicate facial reconstruction to the “Real Housewives of New Jersey” can thank Harold Gillies, widely considered the “father of plastic surgery.” A uniquely artistic and progressive surgeon, Gillies set the stage for the modern world of plastic surgery we know today.

Born on June 17, 1882 in New Zealand, Gillies moved to England to attend Cambridge. In addition to his medical studies, Gillies also dabbled in painting, even holding a show at a London gallery. He would benefit from his sense of aesthetics and manual dexterity when he became interested in the idea of plastic surgery for the face, which began during World War I.

The war’s use of more destructive weapons and trench warfare, which put soldiers’ heads especially in precarious positions, lead to extreme disfigurement that surgeons at the time struggled to address. When Gillies joined the Red Cross after the war broke out, he quickly became interested in plastic surgery. In the Channel port of Boulogne, Gillies met a French surgeon who was experimenting with taking tissue from other parts of the body to treat jaw wounds. He then went to Paris to watch a surgeon perform a similar treatment. In response, Gillies wrote, “I felt a tremendous urge to do something other than the surgery of destruction.”

Gillies made a request to the British army that they institute a plastic surgery unit. The French had a rudimentary one already, though it focused on practical function rather than aesthetics. He began treating British soldiers, and soon built up a well-known practice. Part of Gillies’ fame came from the fact that he set out to not just correct disfigurement, but to go so far as to attempt to make the person look better than he or she did before. He used his artistic eye to create a vision of what the patient would look like after surgery, drawing designs on paper then cutting them into puzzle pieces to get an idea of different potential designs.

His work was well regarded in the medical community, sometimes inspiring disbelief. When he gave one of his patients a new nose after a sniper’s bullet took the original clean off, doctors at the British Medical Association’s annual meeting didn’t believe it was real. That skill for the aesthetic came in handy when the war ended and Gillies’ traditional business of wounded soldiers began to dry up. In the 1930s, a range of high society members, movie stars and stage performers — male and female alike — came to Gillies for face-lifts. He also developed a technique for correcting breast abnormalities. For example, during a lecture tour he revealed that he performed surgery on an amateur golfer’s breasts “once because they impeded her swing and the second time at her lover’s request.” The procedures were generally condemned by polite society at the time, but Gillies saw them as an opportunity to improve girls’ self esteem, he wrote.
1(current)
2