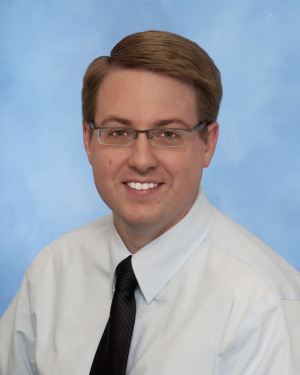 Dr. Jonathan Dillman
Crohn's disease in children is generally diagnosed and monitored using CT and MRI scans, but researchers have just won a grant to find out whether new ultrasound techniques can better predict outcomes while costing less and allowing patients to avoid sedation or radiation exposure.

"It's cheap, it's real-time, the child can sit next to the parent and hold (their) hand," Dr. Jonathan Dillman, lead researcher and a pediatric radiologist at University of Michigan in Ann Arbor, told DOTmed News about ultrasound.

The grant, from Agfa Healthcare and the Radiological Society of North America, will provide $75,000 a year for the two-year study, mostly to cover Dillman's salary for his time spent on the research, he said.

The grant is part of a $500,000 package given by Agfa to support radiology research over the next half decade. It was announced Wednesday.

Crohn's disease causes chronic inflammation of the small bowel and the colon, often triggering episodes of diarrhea, abdominal pain and gastrointestinal bleeding. The disease, which in children can lead to malnutrition, failure to thrive and surgical removal of sections of the intestine, possibly affects some 700,000 Americans, according to the Crohn's & Colitis Foundation of America.

For the past decade, CT and more recently MRI have been the main tools for imaging Crohn's patients, Dillman said. At his hospital, Dillman said about half of adults with Crohn's get CT scans, and half MRIs. Children, however, because of radiation concerns, nearly always get MRIs. Each year, his institution performs about 200 MRIs of the bowel for children with known or suspected Crohn's disease, he said.

But children getting MRI often need to be sedated, which always carries a risk, and sedation is usually not required with ultrasound. Also, an ultrasound technology called shear wave elastrography might even provide information not gained by MRIs.

In elastography, ultrasound waves are used to map out tissue hardness. This could benefit Crohn's sufferers, Dillman said, as fibrosis, or the hardening of the bowel wall after long periods of inflammation, is a risk factor for two main complications of Crohn's: obstruction of the bowel, which often necessitates surgery, and fistulas, abnormal connections between segments of intestine or between the gut and other organs, such as the skin, vagina and bladder.

"Right now there's no non-invasive test to identify bowel-wall fibrosis," Dillman said. "MRI doesn't do it, CT doesn't do it, but we think ultrasound elastography could do it."
1(current)
2