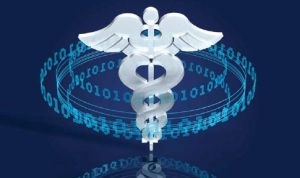 From the June 2013 issue of HealthCare Business News magazine

Google has changed the way people do a lot of things, from planning road trips to checking e-mail, to — if Google Glass pans out — choosing eyewear. A few years ago, the California tech giant decided to shake up another field: epidemiology. In 2008, amidst much fanfare, the company launched Google Flu Trends. The web service rests on a pretty clever idea. It uses complex algorithms to monitor people’s searches for flu terms or symptoms, using this activity as a proxy for the flu — if people are googling the flu, Google reasons, they probably have it — and thereby modeling the spread of the disease.

The company says its data pretty closely matches the Centers for Disease Control and Prevention’s own weekly influenza reports, based on tried-and-true epidemiological methods. And for some years the data does. But this spring, Nature reported that Google Flu probably botched it, predicting about twice as many cases of flu as there actually were this season, according to CDC’s numbers. No one knows why it failed, but one suggestion is the media hype around the flu confused the system. People were searching for the flu, not because they had it, but because they learned of the outbreak somewhere and wanted to follow up on it.

Even if Google Flu had a bit of a misstep (one possibly soon fixed with a better algorithm), it does point to what’s in store for medicine: Big Data, or pooling the data drawn from the collective behaviors of millions of people to discover everything from public health trends to disease risk factors and more.

This is coming to medical imaging, too, and the implications won’t be confined to clinical matters — business software can dip down into those richer mines of data to dig up informational nuggets useful for hospital administrators to understand how their enterprises are working.

“Big Data analytics is key, both for the clinical aspect and for its operational aspects for an enterprise to be able to look at data from the last five years and analyze their own enterprise, how it can be improved and trends in imaging, and make data-driven decisions accordingly,” Nadim Daher, principal analyst with Frost & Sullivan, tells DOTmed Business News.

But there’s still a lot of work to be done — on exploring new storage models and figuring out how to get the most out of analytics — before Big Data has its impact, big or small, on the field.
1(current)
2
3
4
5