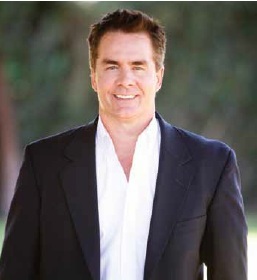 Like many businesses, Health Connect Partners began with an idea sketched on the back of a cocktail napkin, says cofounder Nelson Hendry. In 2006, over dinner with the other co-founder, David Mason, the two cooked up the idea for their health care tradeshow firm. Today, HCP hosts five annual national shows in hospital pharmacy, radiology, IT and the operating room.

This year, HCP’s shows are coming to Atlanta for the first time, with three back-to-back events in the spring. First up is the 2013 Radiology & Imaging conference, for radiology directors, which will be held at the Hilton Atlanta from April 29 through May 1.

As with other shows hosted by HCP, one of the highlights is the “reverse expo.” This upends the traditional format of tradeshows, where providers wander among flashy booths staffed by vendors. Instead, the provider sits in the booth, with the vendors stopping by to tout their services. Hendry says to make this work HCP is committed to a 3:1 supplier-to-provider ratio, meaning HCP accepts three supplier registrations for each provider in attendance. “This helps ensure that no one has to wait in long lines in order to speak with the radiology directors,” he says.

Other highlights for this year’s show include Don Hutson’s keynote, and Fred Bayon’s session on the Role of Radiology in the Care Continuum. “The session will focus on key reform imperatives for imaging, including hardwiring interdepartmental care collaboration, better-coordinating patient care and promoting imaging exams that play a role in downstream care costs,” Hendry says. “Imaging’s impact on so many patients gives it a unique, central role in accountable care strategy and we are excited to provide this timely educational experience to our attendees.”

Hendry expects a lot of new faces at the Radiology & Imaging conference. About one-third of the 150 or so registered attendees are first-timers, and 15 percent haven’t attended in the past two or three years, he says.

After the radiology show wraps up, some providers might stick around for the other two shows that follow in the same venue. The Hospital OR & Surgery Center Conference runs May 1 – 3, while the Spring Hospital Pharmacy Conference takes place May 6 – 8. Putting the shows right up against each other is deliberate, Hendry says, and to do it they moved the OR conference up from the summer, when it’s usually held. “Our goal with this scheduling change was to make it easier for our attendees to participate in multiple events, as there is significant crossover between the radiology and OR audiences in particular,” he says. “So far, it is proving to be very successful.”
1(current)
2