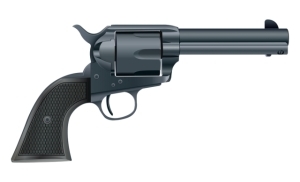 The American College of Physicians waded into an ongoing controversy over guns Wednesday when it chided Washington for "paralysis" in its inability to pass new measures to help curb some 30,000 firearm deaths and injuries in the United States each year.

"How many more need to die before we act?" Bob Doherty, senior vice president of government affairs for the organization, asked during a press conference Wednesday.

The suggestions came as part of a call for removing barriers between doctors and patients, improving U.S. health care and preventing a primary care doctor shortage. The group also urged Congress to avert massive, across-the board cuts known as the sequestration, repeal the sustainable growth rate formula, which routinely threatens physicians with hefty Medicare cuts, and asked all states to get on board with Medicaid expansion under the Affordable Care Act.

The role of doctors and health care to prevent gun violence became a hot issue after a series of mass shootings in the United States over the past year. In January, President Obama signed an executive order clarifying that the Affordable Care Act does not prohibit doctors from asking patients if they own a gun. He also authorized the Centers for Disease Control and Prevention to conduct research on gun violence, something the organization had not done for around 17 years, largely to avoid running afoul of federal rules that don't let it take a stance on gun control, according to a post in Slate last month.

Some states have already tried to prevent doctors from asking if their patients owned guns. Florida passed such a law, but it was thrown out last summer by a federal judge on First Amendment grounds.