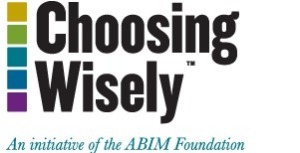 Quick, what do these have in common: a PET-CT scan to screen for cancer in a healthy adult; a CT scan for a child with a minor head injury but no clinical problems; and a cesarean section on a woman with a normal pregnancy before the 39th week?

They're all potentially unnecessary tests or procedures included on a new round of lists for the Choosing Wisely campaign, which aims to advise doctors and patients about potentially harmful or wasteful medicine. The lists, prepared by 17 leading medical societies, will be announced Thursday at a press conference in Washington, D.C.

The 90 procedures form the second phase of the campaign, and stack onto the 45 other questionable therapies and exams released when Choosing Wisely kicked off last April.

"We were trying to spark conversations about what care is really needed and we think we've exceeded our goal," Daniel Wolfson, COO of the ABIM Foundation, which started the campaign, told DOTmed News.

Previous estimates have suggested up to one-third of medical care in the United States, or some $200 billion worth, is wasteful or unnecessary, Wolfson said.

The group will also announce Thursday a $2.5 million grant from the Robert Wood Johnson Foundation. Wolfson said they will use the money to fund efforts by regional groups or medical societies to raise awareness about unnecessary care.

He said they expect to finance 20 projects, possibly including pilot studies on how to use decision support systems, computer programs that use appropriateness criteria to guide doctors when ordering tests or therapies.

Grant recipients will likely be announced in late March or early April, he said.

How the lists are made

The Society of Nuclear Medicine and Molecular Imaging said it compiled a list of eight or nine suggestions after meeting with different subcommittees, a list it then whittled down to the final five.

The procedures included on the lists aren't necessarily performed that often. Dr. Gary Dillehay, SNMMI's president-elect and the chair of the groups' Choosing Wisely task force, said the tests they recommended caution about weren't known to be particularly abused or overused. "Times have changed on some of these things, and they (just) don't apply anymore," he told DOTmed News.
1(current)
2