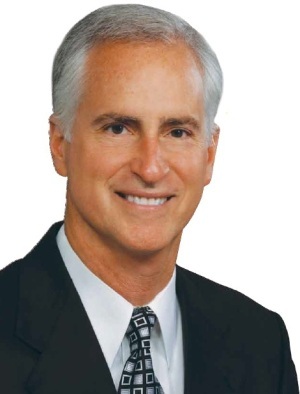 From the November 2012 issue of HealthCare Business News magazine

Dr. George Bisset III, president of the Radiological Society of North America (RSNA), sure has his plate full. But even as the society’s annual meeting quickly approaches (taking place November 25-30 at Chicago’s McCormick Place), in an interview with DOTmed News, Bisset was still able to provide some advice to current and prospective radiologists, give the skinny on what’s happening at this year’s meeting and share his thoughts on the future of the RSNA and radiology in general.

DMBN: What inspired you to pursue a career in health care?
GB: Ever since I can remember, I’ve been attracted to the field of medicine. I think back to my childhood and I was always fascinated by anatomy and physiology. I remember telling people when I was 8-years-old that I was going to be a cardiologist, which did in fact turn out to be my initial field of study. I don’t think I ever deviated from that goal of pursuing medicine as a profession. Maybe my love for medicine comes out of the fact my mother was always interested in teaching me and my brother about medicine. Although she was not affiliated with the medical field, she always aspired to be an amateur doctor. Her enthusiasm was an inspiration for me. As it so happens, my brother is also a radiologist.

DMBN: How did you become involved with RSNA?
GB: I first attended the RSNA annual meeting in 1987. I had seven scientific abstracts accepted at the annual meeting that year and I remember being almost overwhelmed by the amount of work it took to get those abstracts ready for presentation. But when I arrived at the conference, I was awestruck by the sheer size of the meeting and the wealth of opportunities available to learn. At the same time, I was fascinated that any organization could pull off a meeting like this with 60,000 people in attendance. At that point in time, I realized this was an organization with which I wanted to be involved. I only dreamed of someday being on the board and being president. I feel so fortunate I was able to live out this dream. I really didn’t think I would have a chance, but it’s been a great ride.

DMBN: During your time as president, what initiatives or causes did you champion?
GB: Over the last year, one of the big investments I’ve tried to champion is our relationship with Latin America. I believe it is critical to the RSNA’s future to cultivate these relationships with our neighbors in Central and South America. We have so much to gain by collaborating. This year, we are highlighting Brazil in the “Brazil Presents” format. Last year, I was able to promote a Saturday afternoon session where all presentations were in Spanish, co-sponsored with the Collegio Interamericano Radiologia (CIR). We had excellent attendance last year, so we are going to enhance the program this year.
1(current)
2
3