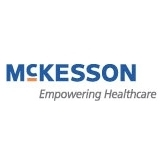 McKesson Corp. said Monday that it inked a deal to buy Med3000, a privately held third-party medical billing company that also makes electronic health records and practice management software for doctors. Terms of the purchase, expected to wrap up in the next few months, weren't disclosed.

Pittsburgh-based Med3000 has 2,800 employees. On its website, the company said its customers include over 10,000 physicians and 100 hospitals, including the Baylor Healthcare System.

News of the deal comes only a week after Black Book Rankings released findings from a recent survey that newly formed accountable care organizations will spend big money on health IT products in their first year -- around $500 million all told, according to the survey. Interestingly, the Black Book 2012 ACO IT Yearbook mentioned both McKesson and Med300 among the 40 or so vendors relevant to the field.