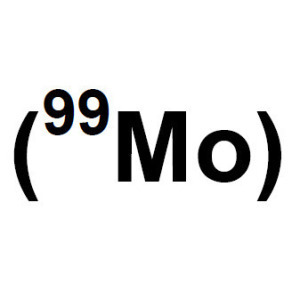 A Medicare proposal to pay hospitals more for using a nuclear medicine imaging agent that's not derived from weapons-grade uranium might come from the worthiest of motives -- keeping weaponizable radioactive material out of the hands of bad guys -- but hospitals, a group purchasing organization and a radioisotope supplier worry that the proposed plan is premature.

"We're all in favor of moving toward this, but it needs to be a more realistic kind of policy," Roslyne Schulman, director of policy development with the American Hospital Association, one of the groups skeptical of the proposed rule, told DOTmed News.

In a hospital payment rule first floated this summer, the Centers for Medicare and Medicaid Services said it plans to pay hospitals $10 per dose extra for technetium-99 exclusively derived from non-highly enriched uranium sources, which in practice means from low enriched uranium sources. The change, part of the proposed Medicare Hospital Outpatient Prospective Payment System, would go into effect next year.

Tc-99m is used in millions of nuclear imaging exams annually, for scans of the heart, brain, thyroid and kidneys. It's a short-lived radioactive agent created by "milking" its parent isotope, molybdenum-99, in technetium generators supplied to hospitals by radiopharmacies. Moly-99 is itself made by bombarding uranium targets with neutrons in a nuclear reactor -- something done at only a handful of sites around the world.

While hospital groups say they support the non-proliferation efforts in principle, in letters commenting on the Medicare rule sent last week, they worry that the proposed extra payment might not be enough to cover the extra costs associated with the shift. Also, the supply of LEU-derived moly is, for now, too small and too unstable to meet the needs of current users.

"Our concern is that CMS proposes to provide the extra payment only when 100 percent of the isotope was derived from low-enriched uranium," Danielle Lloyd, vice president of policy with Premier healthcare alliance, a GPO, told DOTmed News in an e-mailed statement. "There is not enough low-enriched uranium produced in the world today to satisfy the demand of just the U.S."

Currently, only two reactors in the world supply LEU moly to the U.S.: the Opal reactor in Australia and the Safari reactor in South Africa, according to comments by Covidien, a radioisotope supplier that says it is working to convert to non-HEU sources by 2015.

Combined, the South African and Australian reactors could only supply, on average, 630 6-day Curies of non-highly enriched uranium moly per week, just 12 percent of the United States' estimated 2013 weekly moly needs of approximately 5,200 6-day Curies, Covidien said in its CMS letter. The two reactors would also not be scheduled to supply isotopes throughout the entire year, Covidien said.
1(current)
2
3

Google Health pivots from consumer to clinical with latest shakeup