Budding radiologists say they would learn more with iPads: survey 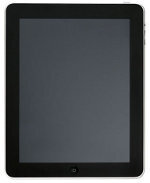 One-third of polled
rad residents say they
already have one of these.
Radiology residents say they would spend more time studying if provided with iPads or other tablet computers by their programs, according to a new survey.

An online poll of 308 radiology residents conducted last summer found the in-training doctors are pretty wired-in: 37 percent own a tablet computer, and 74 percent a smartphone. Already, about 68 percent of residents who own one of the devices said they used it to study. Most polled residents even said they spend nearly equal amounts of time learning from textbooks as they do from online radiology resources.

But 81 percent said they would spend more time learning radiology if given tablets, according to the poll, published in the June issue of the Journal of the American College of Radiology.

"There is considerable use of online and electronic resources and mobile devices among the current generation of radiology residents," wrote the authors, Drs. Aiham C. Korbage and Harprit S. Bedi, with the radiology department at Tufts Medical Center in Boston. "Benefits, such as more study time, may be obtained by radiology programs that incorporate tablet devices into the education of their residents."

Of the 268 respondents who answered a question as to what they study online, the overwhelming majority (91 percent) said they used STATdx, a popular diagnosis support tool with reference images made by Amirsys Inc. In second place was ACR Case in Point, with 64 percent of respondents saying they logged on to use it.

When the researchers dug deeper to find out what sort of products the residents actually owned, they found that of the 207 respondents to that question, 33 percent had iPads, while 7 percent had Amazon's Kindle. Interestingly, owners of the Apple Inc. tablet were more likely to say they use mobile devices to study radiology than those who owned other electronic devices.

The authors suggested that tablets, despite their sometimes high-ish price, could even help departments save money over the length of a resident's four-year term. That's because they could help cut the cost of textbook-buying allowances. About 53 percent of respondents said they got allowances from their institutions that ranged from $400 to $1,000. And the iPad, the authors note, costs a mere $399.

Of course, that price doesn't factor in the costs of online radiology tools, but "the growing number of online and electronic radiology books and resources is continuing to bring costs below those of printed textbooks," the authors wrote.

In any case, the use of book-buying allowances to fund electronics device purchases is already happening. According to the poll, nearly half of the 260 respondents who reported getting book funds said they could be spent on "educational" devices, apparently including iPads, other tablets or laptops.

However, the researchers did note some limitations with their study; specifically, a Web-based survey might have a biased response rate in favor of those who own mobile devices.

The 12-question survey was conducted at multiple institutions between June and July 2011. The paper is titled "Mobile Technology in Radiology Resident Education."