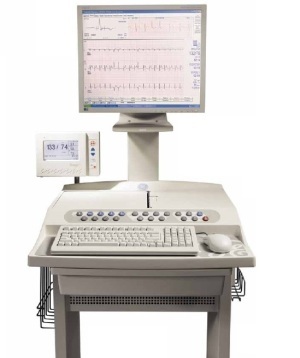 The American Board of Internal Medicine Foundation
unveiled its Choosing Wisely initiative in April, cautioning doctors and patients to question the necessity of 45 routine medical tests — including cardiac stress tests.

Nine leading medical specialty societies, including the American College of Cardiology and American Society of Nuclear Cardiology, created lists of “Five Things Physicians and Patients Should Question,” to help spread the campaign’s message. But they don’t want to abolish stress testing completely, according to Dr. Robert Hendel, chair of the committee that wrote the ASNC’s list of suggestions and member of the ACC’s appropriate use criteria task force.

“We should be watching how stress tests are used because they are expensive and they cause potential problems for patients and society,” says Hendel, director of the University of Miami Hospital’s Cardiovascular Intensive Care Unit and the director of cardiac imaging and outpatient services for the University of Miami Miller School of Medicine’s cardiovascular division. “On the other hand, we also know they produce great benefits; we don’t want these tests to disappear and we want to make sure they are accessible to people that truly need them. We need to have a greater focus on patient safety.”

According to a 2010 Consumer Reports survey of approximately 1,200 people aged 40 to 60 with no history of heart disease or heart disease symptoms, during the previous five years, 39 percent had undergone an EKG and 12 percent had an exercise stress test.

Inaccurate results may be produced from these tests, triggering risky follow-up tests such as CT and coronary angiography, exposing patients to notable radiation levels.

“Manufacturers are doing a great job in developing new equipment that reduces patients’ radiation exposure,” says Hendel. “But the very best way to reduce radiation exposure is to just not do the tests. So if a patient doesn’t need it, we won’t do it at all. The field becomes stronger, more legitimized and credible.”

Adding to the considerations is the price of testing – a particular sore spot when deemed unnecessary. An exercise stress test can cost upwards of $300, while an EKG can go to the tune of $50, says HealthcareBlueBook.com. In fact, a Mayo Clinic study, published in April by the American Heart Association Journal, found that $8 billion dollars is spent in health care costs on the six million patients admitted to emergency rooms each year with chest pain. The study’s use of a “decision aid” — a tool that educates patients about their treatment — found that patients opted to be admitted for stress testing 58 percent of the time, as opposed to the 77 percent of patients who were not counseled.
1(current)
2
3