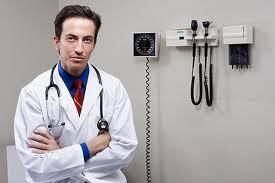 An online survey of doctors found tablet adoption has doubled since last year, even though physician-only social networks remain "stagnant."

Health care market research firm Manhattan Research said in a May 10 report that nearly 62 percent of polled docs have bought a tablet for professional use. About half of these doctors used the device at point-of-care, the New York firm said.

Unsurprisingly, doctors who had tablets, PCs and smartphones were more likely to spend more time online with each device during the workday than those who only had one or two of these products, according to the firm. Also unsurprising: the iPad, which a December 2011 NPD Group report said was becoming the "eponym" for tablets, was the dominant platform for doctors buying tablets, Manhattan Research said. That NPD report also found 76 percent of polled doctors planned to buy tablets for their offices over the next year, each spending around $6,800 on average.

Doctors are also cottoning on to online video, according to Manhattan Research. About two-thirds of surveyed physicians said they use online videos to stay current with new clinical information.

Although tablet use was up and doctors are watching lots of videos, adoption of physician-focused social networks was flat, the group said, with providers seeming to prefer the more traditional networking routes. "Additionally, the study found that physicians reach out more frequently to and are more influenced by colleagues they formed relationships with at school or at work than peers who they first connected with online," the firm said in a news release.

The survey, Taking the Pulse U.S. 2012, is an annual market research report. The current survey polled 3,015 doctors from 25 specialties in the first quarter.