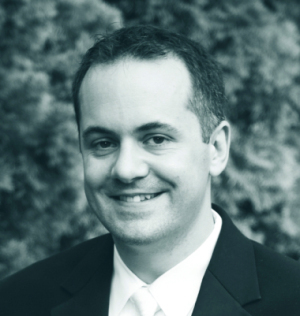 From the April 2012 issue of HealthCare Business News magazine

In the late '80s, a movie called "Inner Space"came out. It's been a long time since I've watched it, so my recollection might be a little hazy. The movie starred Dennis Quaid, Martin Short, Meg Ryan and a cast of others who probably wish the title didn't show up on their acting credits. Of course, hilarious high jinks occurred (or didn't), some deep meaning to life was found (or not) and the movie went on to become a huge hit (actually, it did fairly well). So, two and a half decades later, there's a reason I'm dredging it up. From what I recall, Quaid plays the part of an experimental test pilot. The experimental vehicle he's in charge of is meant to be miniaturized and injected into the body and then piloted to the site of a disease. The experiment didn't take into account the accidental injection into a bumbling store clerk played by Short. Injecting an experimental test pilot into the wrong patient might trump wrong site surgery, but the premise of the movie, while shaky, isn't so farfetched. Now, I'm not talking about the test pilot part and I'm certainly not talking about involving Martin Short in your medical plans (besides, he's Canadian, so it's socialized medicine). What I am talking about is the enlisting of man-made microscopic disease fighters that might just be the next best thing to your own personal miniaturized pilot for taking care of what ails you.

In this issue, we cover just that. Our feature on nanomedicine provides updates on some of the really exciting advancements in the field, including the use of nanoparticles to specifically seek out and destroy cancer cells, while leaving healthy cells alone. Although the technology is still in testing and likely will be for years, it's still fascinating stuff that will someday change the face of health care. I think even the most creative sci-fi writers would find it challenging to come up with some of the things that scientists in the field of nanomedicine are working toward. But in this case, fact is stranger and more exciting than fiction.

Among our other offerings for this month's issue, we cover injectors and contrast agents (none involving Quaid), special procedure labs and C-arms. We also chat with IDN Summit's owner John Kelly and have an article by Dr. Ira Kirschenbaum, chairman of the Department of Orthopaedic Surgery, Bronx-Lebanon Hospital Center, offering guidance about creating efficient medical practices.

For our regular offerings, we visit Brigham and Women's Hospital in our Hospital Spotlight; cover seven new products recently brought to market in our New Product Showcase; stop by the Medical Museum and give another health care history lesson in the April installment of This Month in Medical History.

I hope you enjoy the issue and as always, I welcome your feedback, story ideas and suggestions.

Bringing AI to the OR showcases promising future for healthcare