Health Care Chronicles: The Budget Control Act and its Implications for Health Care 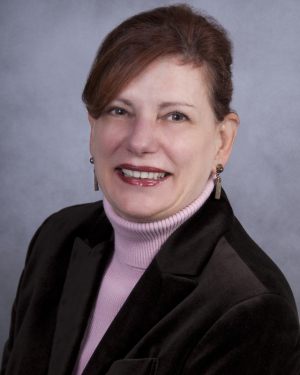 This summer, the budget crisis along with the countdown to the August 2nd drop-dead passage date for a bill to increase the debt ceiling was just one big bellyache. But like so many politician- and media-created crises, we somehow dodged the bullet and relaxed knowing the Feds could continue to spend more than they take in while increasing American taxpayers’ debt burden.

Unfortunately, we’re again in panic mode, facing a crisis that is an outgrowth of the increase in the debt ceiling by a paltry $2.4 trillion, stacked on top of a prior debt ceiling of $14.3 trillion — a 16.7 percent increase.

This increase in the debt ceiling was different from those which preceded it. This one came with consequences. In the case of the Budget Control Act, we increased the debt ceiling but we added the Joint Select Committee on Deficit Reduction, dubbed the “Supercommittee.” This bipartisan, bicameral body made up of 12 members — six Republicans and six Democrats — was to be locked in a room and not allowed out until it could recommend ways to reduce the federal deficit by at least $1.2 trillion over the next 10 years. This is our punishment for complaining too much and not going along with the increase in the debt ceiling.

The Supercommittee’s recommendations are due November 23rd. Congress is to take the report and the legislative language and pass it, without amendment, providing the president final legislation to sign into law no later than December 23rd.

If the Supercommittee, Congress and the president meet the deadlines, we will have a mandate for trimming $1.2 trillion from the deficit over the next decade, on top of the $917 billion in spending reductions over 10 years, which was agreed to as part of the debt deal. Within the $917 billion in cuts, Medicare and Medicaid cannot be touched. One might assume there is no impact on health services. But, there’s a catch.

In the second round of cuts, the $1.2 trillion, the Supercommittee can make recommendations from any part of the budget. They could recommend cuts in any or all of the entitlement programs including Medicare and Medicaid. Considering the size of these entitlements and the increase in spending driven by the Patient Protection and Affordable Care Act (derisively referred to as “Obamacare”), it seems likely they will seek cuts from these budget items.

Although the Supercommittee is secretive, the National Journal published an interview with member Rep. Christopher Van Hollen (D-Md.) on October 22nd. When asked about his optimism for reaching a deal that all members could support, he said, “I’m optimistic about the intention of all members. The question is whether we’ll be able to bridge the differences. The fair answer to the question is: the jury is still out and people are working hard.”
1(current)
2