Radiography and fluoroscopy continue to embrace digital and wireless technology 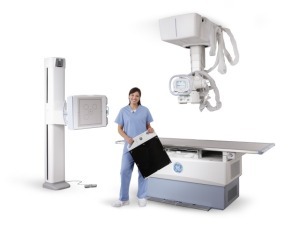 With health care reform, reimbursement shake-ups, the challenge of an aging (and under-insured) patient-base and public and professional scrutiny over all things involving dose, medical equipment insiders are scrambling to make sense of it all and doing their best to make business decisions that will keep their business profitable. In some cases, those challenges may become opportunities for those with the ability to take advantage.

X-ray takes it to the bank

The United States’ X-ray system market—including general radiography, fluoroscopy, surgical, cardiovascular and mobile X-ray systems—will be valued at approximately $2.5 billion by the end of 2015, according to the summary of a Millennium Research Group market report titled, “US Markets for X-ray Systems 2011.” Driving the sector’s growth is an increase in geriatric procedures and digital flat-panel detector systems. But the report, written by Isuru Silva and published in November 2010, said the industry also faces limits: namely, market saturation.

New releases
Although the radiography and fluoroscopy market experiences uncertainty due to the current economic climate, manufacturers continue to introduce advanced technology that they say will help improve both safety and efficiency.

Over the past year, Philips Healthcare has launched two new radiographic products, according to Shawl Lobree, vice president of marketing for the company’s diagnostic X-ray business. 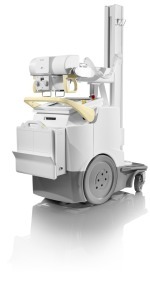 These include the MobileDiagnost wDR, a digital mobile radiography system with a wireless portable detector; and the DigitalDiagnost, a suite of digital radiography room solutions. “We’ve installed the first versions of both of those in the United States. And outside of the United States,” he says.

The new product features a wireless 14x17-inch detector panel. It also has a rotating bucky tray for the table and wall stand, making it easier for technologists to handle the equipment and transition from portrait to landscape.

“That will help their productivity,” says Ybarra, who explains that it can be awkward to remove a detector in a wall stand.
1(current)
2
3
4
5
6