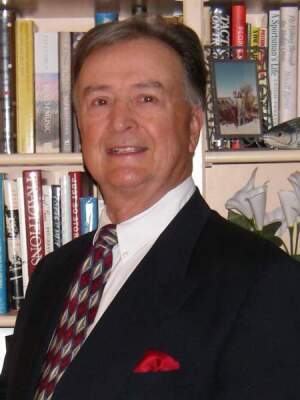 Ogren, 69, spent more than four decades in the used medical industry, and for the past 10 years has helped grow the California Medical Instrumentation Association into one of the largest biomed groups in the country, Omed said. He served as chairman of the CMIA for two years, ending in 2010.

Ogren founded Omed in 1995, and sold it to Terry Vander Ploeg and Heinz Roesch, the current owners, in 2009. The company has 11 employees, and operates out of a 24,000-square foot warehouse.

According to a 2009 interview with Ogren published in Northern Nevada Business Weekly, the company began to really take off in 2002, and was growing 10-25 percent a year when it was bought by Vander Ploeg, a former executive with Motorola, and Roesch, an ex-Deutsche Bank executive.

An avid fisherman and hunter, Ogren and his wife, Paula, split their time between Reno and Oceanside, Calif., where Ogren enjoys the seaside climate and "spoiling their three grandkids," Omed said. Although a golfer, he often jokes, "I am not going to get old enough to shoot my age," Omed said.