Top tips to get the most life from your MRI coils 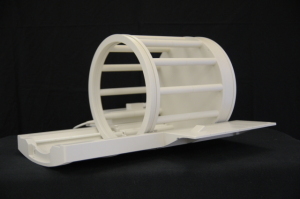 For cars, regular maintenance and common sense can go a long way in keeping them rolling. MRI coils are similar in that respect, but too often, minor problems quickly become major issues further down the road.

Fortunately, some experts in the field have shared their insight and have offered their expertise to give you tips to help keep your coils in your practice and out of the shop.

Downtime means lower profits
Rick Sagadin, president of Carolina Medical Parts, notes that about 50 percent of the coils that come in to his company for repairs suffer from an operator related failure. “The most common problems we see are related to the cable and connectors,” says Sagadin.

Depending on the manufacturer, according to Sagadin, the bill can run anywhere from $500 for a simple repair to as much as $3,000 or more if the connector has to be sources from an OEM. The hit to the wallet doesn’t stop there however. There’s also the potential lost revenue due to the loss of the coil which can be out of commission for five days to as much as nine, depending on the severity of the issue and the availability of the needed parts.

And the repairs aren’t as easy as they might have been decades before. Today’s coils have fewer user serviceable parts and hefty price tags on the newer accessories mean someone tinkering to make a fix could be in for more than he or she bargained for.

MR technology has evolved much like computer technology in that equipment once filled huge rooms. Today, the equipment can comfortably be tucked into a corner of a modest room. The equipment has become less bulky, but much more complicated, offering more software and less hardware and the coil plays a role as well. “Even at the coil level, the changes I’ve seen over the last 30 years have been significant,” says Sagadin. “Where in the past, most of the electronics were found elsewhere in an MR scanner, today, much is found in the coil which might have 10,000 components.”

If people consider the fact that they’re potentially knocking around 10,000 components every time a coil is manhandled, there might be some more thought to it.

Sagadin offers this parting advice, “If a customer would handle their coils just as gently as they’d handle their patients, the coils would last a lot longer.”