3 tips for buying a digital CR 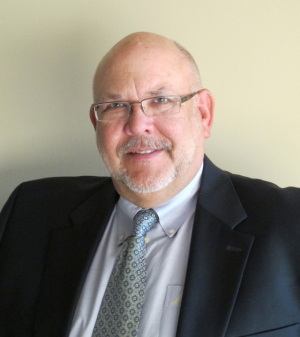 Founded more than a century ago, the hospital has earned respect for its cardiac, cancer, pediatric and emergency services as well as its certification for stroke treatment by America’s Joint Commission on Accreditation of Healthcare Facilities. Its radiology department also conducts 70 percent of its chest X-rays on neonates using advanced imaging software and low-dose plates.

Recently,though, the facility’s director of radiology services decided to replace the existing end-of-life CR systems throughout their network of five hospitals and affiliated clinics. In the process of arranging the purchase and installation of two new CR systems, the team learned some important lessons radiology directors should bear in mind when shopping around for new equipment.

• Take advantage of on-site demos. If you can, try before you buy. Before signing a contract, the hospital borrowed two demo units, one high-end CR unit and one tabletop CR solution. Not only did this allow the hospital to test the quality of the machines, staff also got familiar with the devices, giving them a head-start on the implementation process once the systems were bought. “Having the technology on-site allows potential users to get informed and stay involved in the decision-making process,” says the hospital’s director of radiology.

• Don’t fly solo. Secure input from clinicians, managers and technicians who represent the interests of multiple hospitals, departments or constituencies. Allow them to participate in the evaluation of competing systems. In this case, the director assembled a 10-member team of radiology services directors, operations managers and technologists from the network’s hospitals to begin searching for a solution that met their radiologic needs.

• Cast a wide net. Evaluate potential vendors according to a wide range of benefits and criteria, including image quality, dose reduction potential, pricing, workflow efficiency and minimal training. For this team, because of its focus on neonates, radiation dose control was critical; but it was also necessary to get the units running in a short timeframe, which meant ease-of-deployment and user-friendliness were important, too.


The hospital says, in the end, their rigorous pre-purchase planning paid off. On the first day the new units were installed, the Neonatal Intensive Care Unit had reduced radiation dose for its very young patients by more than 70 percent.

Terril Cook is a Digital Imaging Sales Specialist for Agfa HealthCare, responsible for CR and DR sales in the central United States.